They also feature the ability to download information from Gracenote’s MusicID((R)) and VideoID(TM) products to organize movies and music. When a disc is inserted into the device, Gracenote technology automatically downloads information across an existing Internet broadband service and saves title, director, some cast information, release year, and genre information for most titles, allowing users to easily navigate the library intuitively through the player’s xross media bar(TM) menu system.

“Think about all those great movie and music discs in your collection,” said Chris Fawcett, vice president for Sony Electronics’ home audio and video business. “Wouldn’t it be great to instantly play those movies or CDs — definitely gives a new meaning to the notion of a movie marathon!” 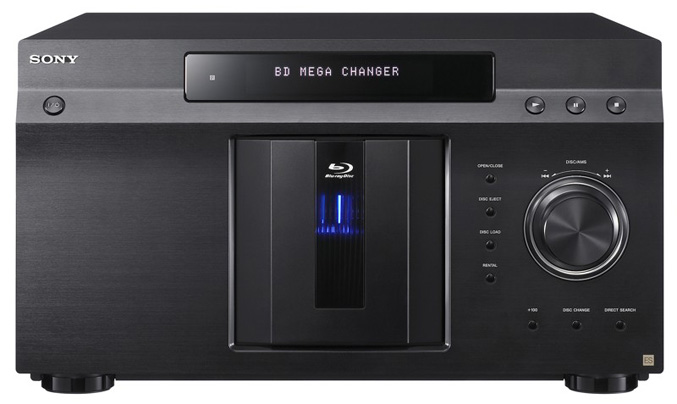 Leading the MegaChanger line up is the BDP-CX7000ES which outputs full HD 1080/60p and 24p True Cinema(TM). Designed to integrate with third-party automation control systems, the model features an RS232 connection and IR-in and is built to high-quality ES standards.

Precision Cinema HD Upscale uses advanced conversion and processing to detect image changes at the pixel level, rather than the level of whole scan lines. Additionally, separate algorithms are used to process the moving and still parts of an image, resulting in sharp backgrounds with moving objects that are free from motion artifacts. 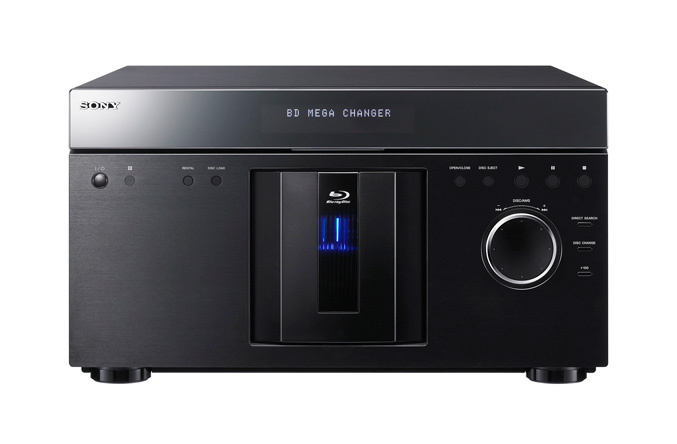 Both the BDP-CX7000ES and BDP-CX960 feature an Ethernet port for connectivity to a local home broadband network to download metadata from Gracenote, software updates and to access BD-Live(TM) content. There is also an external port for local storage so users can add their USB flash storage device to support BD-Live content.

The model can easily connect to the Internet through an existing wireless home network to download and stream BD-Live content from select titles including additional scenes, short subjects, trailers, interactive games, and more. It also enables easy firmware updates to assist in keeping your player up-to-date with the latest Blu-ray Disc media and features.

While compatible with most wireless routers, the BDP-S1000ES also supports Wi-Fi Protected Setup(TM), for a quick and easy connection to enabled wireless routers. Additionally, the player is Digital Living Network Alliance (DLNA) ready, allowing it to connect to other DLNA compliant devices to watch digital photos on your TV.

It supports Deep Color video output and x.v.Color technology. The player is compatible with an array of video formats, including BD-ROM/R/RE (BDMV and BDAV modes), DVD-+ Video/R/RW, CD/R/RW, and MP3/JPEG on BD/DVD/CD recordable media.

The models will be available at Sony Style stores, online at www.sonystyle.com, and at authorized retailers nationwide.