The Creative Sound Blaster Tactic3D Omega does not require any extra attachments to function with gaming consoles wirelessly. The headset has FullSpectrum 50mm drivers like in its sibling 3D Sigma, a detachable noise-cancelling microphone and volume, mute and connection controls integrated directly on the earcups. They feature Creative’s wireless technology which promise to “eliminate static interference, which affects other headsets, and delivers game audio with ultra-low latency, a critical feature for competitive game play.” 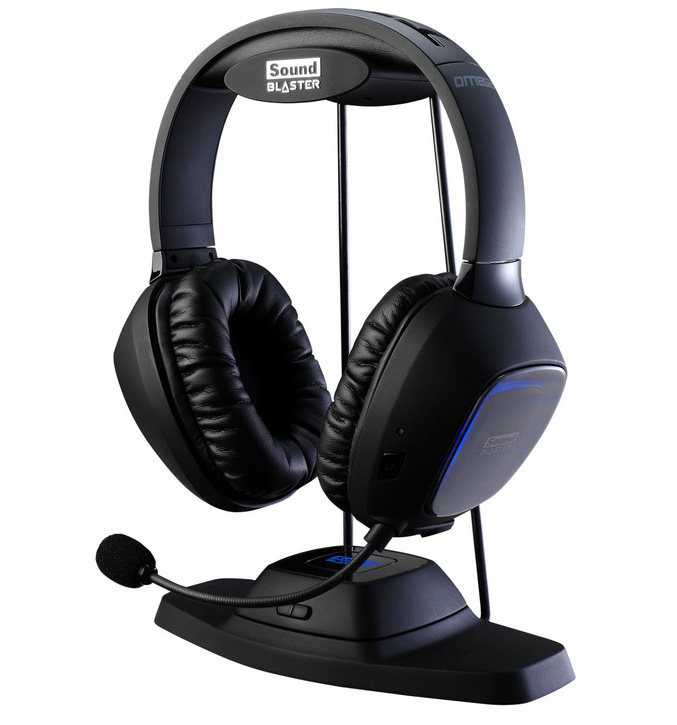 The Tactic 3D Omega has a lightweight design with customisable illuminated earcups and comes with a base station which has line in to use it also with TVs or MP3 players. They are powered by a rechargeable battery that promise 6-8 hours usage and is scheduled to be available in February for $199.