A new JVC iPod® speaker system features a unique wraparound design, Dolby Virtual Surround, and a dock that like most docks holds an iPod vertically for music listening, but also can cradle it horizontally – ideal for widescreen viewing of video.

The new JVC XS-SR3 surround dock is a sleek, glossy black speaker tube with a curved design that allows the iPod to nestle between the speakers. The iPod holder rotates for viewing video in widescreen mode and comes with four clips to hold selected iPod models. The speakers’ powerful neodymium magnets ensure clean, crisp sound, while Dolby Virtual Surround creates the illusion of a wider sound field when viewing video content. Power output is five watts and the system features two audio inputs, one analog and one digital optical. A remote control is included.

In addition to its function as an iPod speaker dock, the XS-SR3 can also be used as computer speaker system. 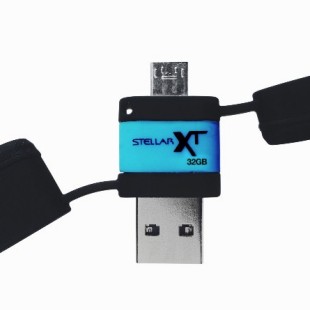 The US memory and SSD maker Patriot Memory has presented two new USB flash drives – the Stellar Boost XT and Stellar Lite. The Stellar Boost XT is a compact flash drive that weighs 8 grams and supports all Windows versions starting from Windows ME and Windows 2000 and newer, Mac OS 9 and... 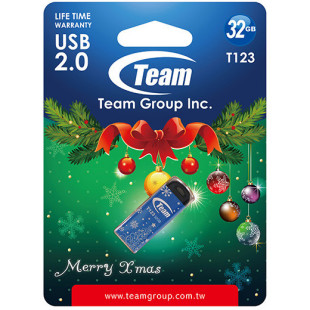 The Christmas mood is in the air already and Team Group has decided to take advantage of this situation by launching no less than four seasonal USB 2.0 flash drives. Featuring winter and Christmas themes, the drives will keep you happy and full of dreams for the holiday season. The four...