With DPX21, Turtle Beach claims, that when gamers play on their consoles, they will actually hear the 7.1 surround sound from certain 5.1 channel audio tracks via additional “hidden” channels called Dolby EX. The DPX21 headset is designed for Playstation 3, but also works with  XBOX 360, PC/Mac, video players, home theater systems and other devices that have digital optical outputs.

The DSS Dolby 5.1/7.1 channel surround sound processor offers S/PDIF-to-analog converter, that can down-mix multi-channel audio from digital devices to 2-channel analog headphone output and can also be used to upgrade analog stereo audio sources to Dolby Pro Logic IIx for virtual surround sound. It also has a USB pass-thru and a bass boost control to adds sub-woofer effects for “enhanced realism” to any audio source. 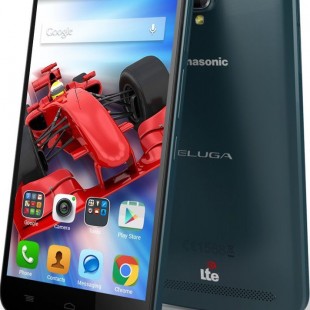 Panasonic has released a new budget smartphone called Eluga Icon. The device costs USD 172 but despite the low price it offers powerful hardware, which might make it a really sweet deal. The Eluga Icon measures 152.3 x 76.4 x 7.95 mm and weighs 147 grams. The device is powered by the 64-bit...

Mozilla has released the latest twelfth version of its popular Firefox browser just weeks after Firefox 11 was launched. The new version is now available for download at Mozilla’s web site and as you may imagine features a number of improvements to auto updates, developer tools and CSS...

The wait is finally over! Samsung has officially launched its long awaited Galaxy S III smartphone. And let me tell you one thing – the Galaxy S III delivers everything promised and then more. Shall we start with the specs? Weighing just 133 grams and being 8.6 mm thick the...