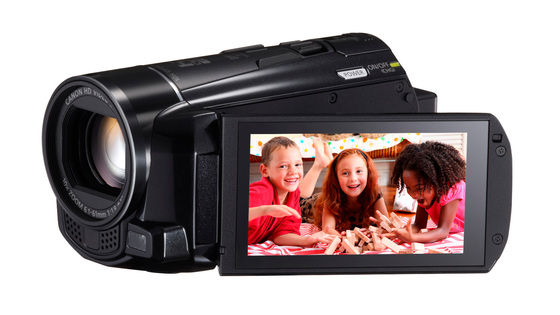 Canon Singapore has unveiled four new camcorders that belong to the high definition LEGRIA HF-M and HF-R series. The new camcorders allow users to share videos online without a PC thanks to a built-in Wi-Fi system.

The LEGRIA HF-R series comes with Canon HD video lens and a powerful 51x advanced zoom. Just like the HF-M series, the HF-R series features built-in Wi-Fi, which lets you connect wirelessly to your iOS devices and view or store their recorded MP4 movies on their devices. You can also upload directly to Facebook and YouTube via the Movie Uploader application, as well as stream movies wirelessly from their LEGRIA camcorder to any DLNA-certified HDTV.

In addition all four new HD LEGRIA camcorders feature a flat touchscreen panel with a new user interface for easy navigation, a HOME button for easy access to the main screen, a sleek, compact form, built-in internal memory and a SDHC/SDXC card slot.