Panasonic today introduces its new, smallest and lightest digital interchangeable lens camera, the LUMIX DMC-GF3, which is approximately 16.7% smaller and 16.2% lighter than its predecessor, the Lumix GF2.

The new compact camera has aluminum body and weighs just 7.83oz. Based on the Micro Four Thirds System standard, the DMC-GF3 is equipped with 12.1-megapixel Live MOS sensor, a Venus Engine FHD image processor and a 3-inch  (460k dot) touchscreen. The camera has built-in pop-up flash, offers 1080/60i Full HD video and high-speed Contrast AF system that locks in approximately 0.18 seconds, plus also a Light Speed AF, which measures at approximately 0.1 seconds, achieved by reducing the detection time for focusing by doubling the sensors drive speed from 60 fps to 120 fps. 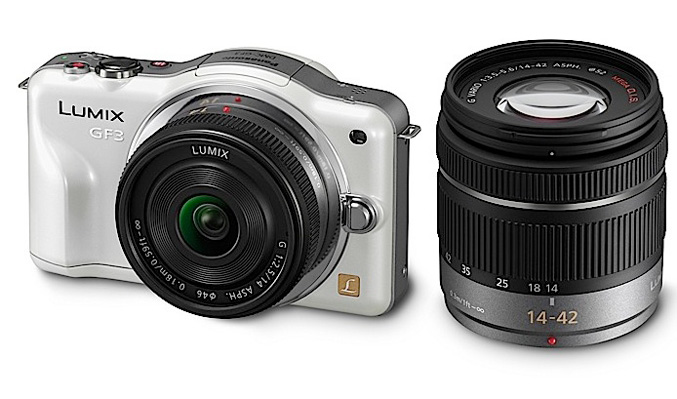