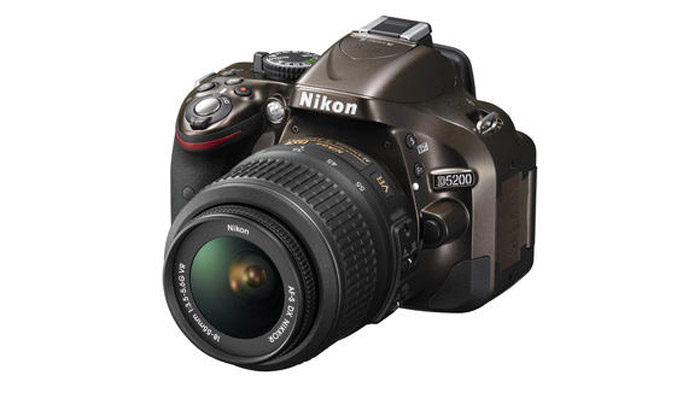 The hotly rumored and eagerly expected Nikon D5200 DSLR camera has finally arrived. The new camera is an improvement over the D5100 DSLR, that was launched 18 months ago – but despite time and the newer model the D5100 will still be produced.

In addition the D5200 borrows heavily from the higher-class D7000 camera. The new Nikon camera offers a 39-point autofocus system and 2016-pixel RGB metering sensor but the main attraction is the 24.1-megapixel APS-C sensor that calls for huge SDHC/SDXC memory cards.

The list of specs also includes the newer Expeed 3 processor that allows the D5200 to improve slightly its frames-per-second performance – it now goes up to five FPS, up one FPS from the D5100. The offered Full HD function can record video at up to 60 FPS and the D5200 boasts improved audio when compared to the D5100. Optionally users can get the WU-1a adapter that will allow them to transfer pictures wirelessly.

Finally the D5200 offers a 921k-dot TFT LCD screen that flips out, twists and turns and improved and more intuitive software. As to colors you can get your D5200 in black, bronze and red.

Pricing has not been confirmed yet. The new DSLR camera will hit stores in December.