Nikon releases the 14.1 megapixels COOLPIX S1100pj, projector-equipped digital camera, allowing you to project and share images captured with the camera. The successor of S1000pj has a larger, higher resolution 3.0-inch touchscreen display and better build-in projector with increased brightness, projection size, throw distance and now can project content from your computer.

The build-in projector now has 14-lumens brightness and according Nikon the projection image will be 40% brighter, it allows projection at a distance up to 240 cm and a size of up to 47-inch display. The COOLPIX S1100pj also offer NIKKOR 5x zoom lens (28-135mm equivalent),  HD movie recording at 720p (1280 x 720, 30 fps), ISO 6400 sensitivity, five advanced VR image stabilizing features and is available in four colors and a lower price $349. 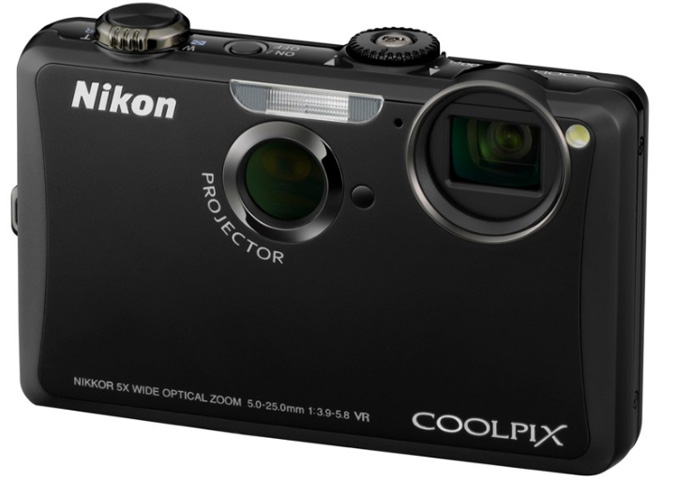 Other functions and features new to the COOLPIX S1100pj