The new model has lightweight, magnesium-alloy body, featuring the newly developed Q mount, with a mount diameter shortened to approximately two-thirds of that of the conventional K mount. It is equipped with 12.4 megapixel, 1/2.3-inch backlit CMOS image sensor, capable of  Full HD 1080p/30 movies, high speed continuous shooting at a maximum speed of five images per second and ISO sensitivity of 125 to 6400. The Q also has integrated Shake Reduction mechanism and a DRII (Dust Removal II) anti-dust mechanism, a built-in auto flash and a 3-inch LCD where you can see your captured moments. 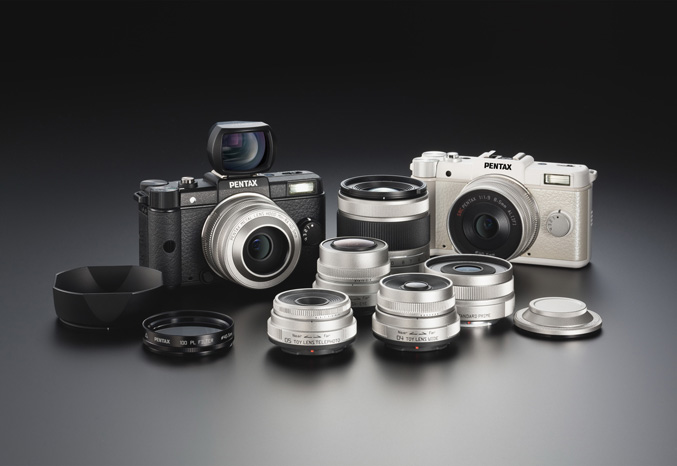 The PENTAX Q will be available in white and black body models in early Fall 2011 at around $800 with the standard lens kit.