Sony has been notably absent from the full frame camera market for the past few years but the Japanese company will soon change this with the release of its first full frame camera since 2009 – the a99. This is good news for Sony fans but what’s even better is that the a99 specs are now available.

According to the information provided the a99 will come with a 24.3-megapixel full frame CMOS Exmor sensor and will feature translucent mirror technology. The a99 will provide ISO that ranges from 100 to 25 600 but there will also be an ISO-low setting that goes all the way down to 50. 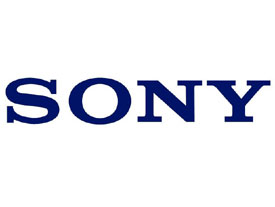 The camera also offers Full HD support and shoots videos at 1920 x 1080/60p pixel resolution. There is 1/8000 maximum shutter speed, 102 points AF system and 14-bit RAW output. Users will be able to see their pics thanks to the included 3-inch 921k-dot LCD screen with the viewfinder offering 2360k dots on a XGA OLED display.

Unfortunately there are no pictures of the device as of now but the camera itself should be officially unveiled on September 12 this year with market availability scheduled for late October. Pricing right now is unknown.