Panasonic  introduces two additions to its 2010 line of camcorders, the Panasonic HDC-HS700 and HDC-TM700, both Full High Definition (HD) 3MOS camcorders with 1920 x 1080 resolution. The new Panasonic HD camcorders combine 1080/60p recording – allowing them to capture expressive video without detail loss or Moiré pattern – with an advanced 3MOS system that produces vivid, true-to-life colors and excels in darkly-lit environments. The new HDC-HS700, records both to its large 240 GB* Hard Disk Drive or to an SD/SDHC/SDXC Memory Card. The HDC-TM700 has 32 GB of built-in memory as well as capability to record to SD/SDHC/SDXC Memory Cards, and is the successor to last year’s popular and award-winning HDC-TM300. Both models have a 35mm wide-angle Leica lens and a manual ring for creative flexibility.

“For video enthusiasts looking for a feature-rich, high-performing, yet affordable High Definition Camcorder, Panasonic’s new TM700 and HS700 3MOS models will be a hit this year,” said Chris Rice, Product Manager, Imaging, Panasonic Consumer Electronics Company. “Last year’s TM300 was extremely popular and won several honors and awards for its video quality and performance, so with the improvements we have made with the TM700/HS700, including extended zoom, wider-angles and a more advanced image stabilization system, we are excited to give consumers the ideal tool they need to capture their memories with superb quality.” 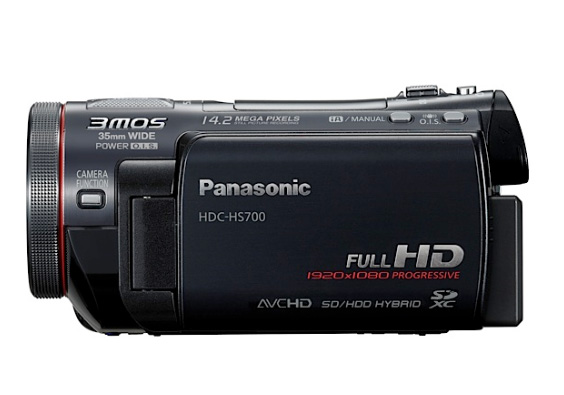 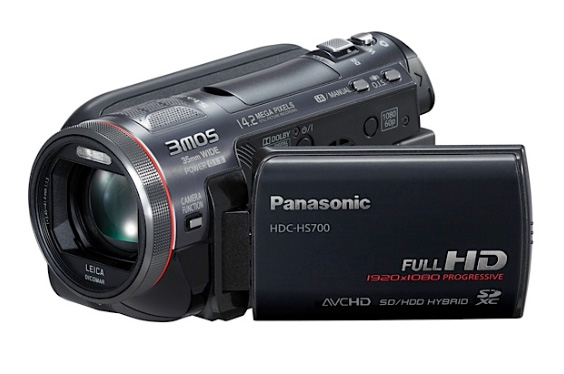 The Panasonic HDC-TM700 and HDC-HS700 HD camcorders feature the newly designed, large-diameter F1.5 (46mm) Leica Dicomor lens, which provides the superb image rendering and not only suppresses ghosts and flare, but also minimizes the distortion and degradation of contrast and resolution. In addition, its 35mm** wide-angle capability makes it ideal for many different shooting situations, such as self-portraits, group photos, and landscape shots. 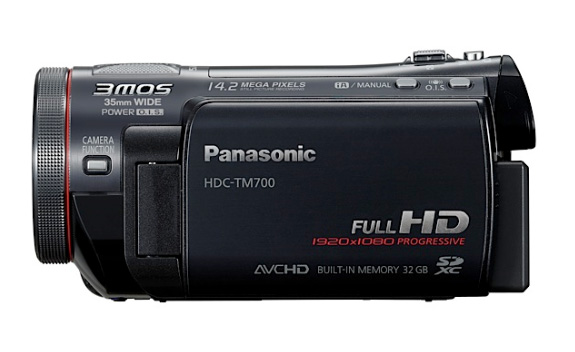 Both models feature a 3.0” touch-screen LCD that allows users to navigate by selecting icons on the display. These models also have a manual ring allowing creative flexibility, so users have intuitive control of the zoom, focus, aperture, shutter speed and white balance. An Electronic View Finder, earphone terminal and microphone terminal allow for even more control. The HDC-HS700 records to its 240 GB HDD, which can store 102 hours of recording (in HE mode). When combined with Panasonic’s new 64 GB SDXC Memory Card, the camcorder provides an additional recording time of 27 hours and 30 minutes. The HDC-TM700 has a 32 GB built-in memory for 13 hours and 40 minutes of recording (in HE mode). 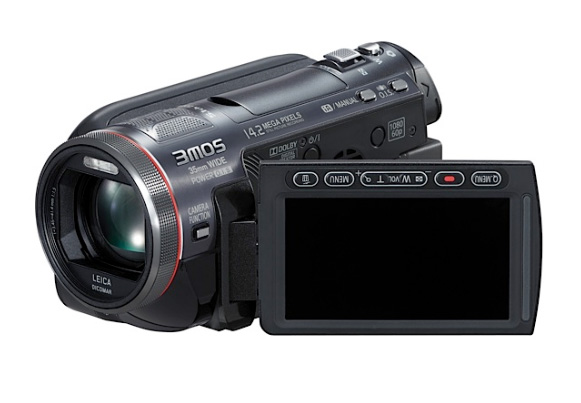 Pricing and availability for the Panasonic HDC-HS700 and HDC-TM700 will be announced 30 days prior to shipping date. Both will be available in black.