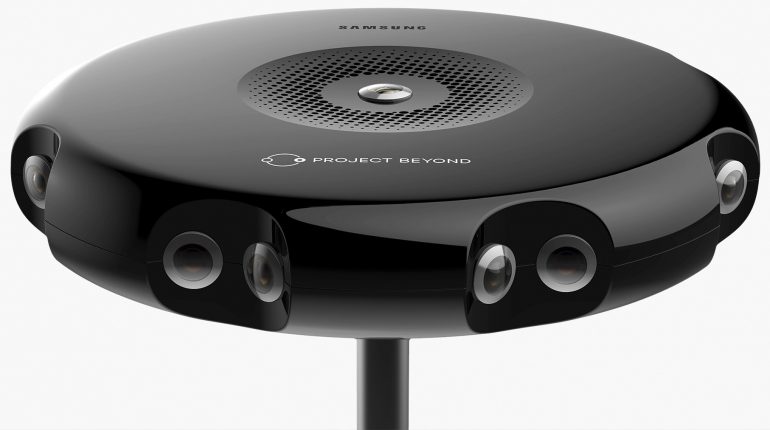 Samsung has made a rather interesting announcement of a device called “Project Beyond”, which happens to be a unique 360-degree camera that captures the world around in 3D and then allows content to be created for its forthcoming Gear VR virtual reality handset.

Project Beyond is said to be the world’s first true 3D 360-degree camera and can be used to both capture and stream HD video. The device is based on hardware that looks like a disc-shaped accessory that has an array of 16 Full HD cameras that take a gigapixel of data every second. The device was designed and then developed by the Samsung Think Tank Team, a US-based research arm of the Korean tech company.

“We use stereoscopic interleaved capture and 3D-aware stitching technology to capture the scene just like the human eye, but in a form factor that is extremely compact,” the research team explained. “Beyond can stream real time events, as well as store the data for future viewing.”

Unfortunately you won’t be able to buy the Project Beyond camera as of now (and it would hardly be cheap if you could) but users who purchase the upcoming Gear VR accessory for the Galaxy Note 4 will be able to view content generated by Samsung’s new device. Just keep in mind that the Gear VR requires a Galaxy Note 4 phablet which serves as a screen for the virtual reality handset.