Google Play is full of arcade games, racing simulators and sports games but sometimes you can find an app that requires strategy from you in order to win. 1941 Frozen Front is one such game and as the name of the app says it takes you to the Eastern Front during World War II – this will be the place and time where you have to show your strategy skills.

To do so you will command troops, tanks, artillery and planes. Speaking of this, the game includes a number of levels where you command German troops at one time, then Soviet troops and vice versa. In both cases, however, you will have to achieve goals set by the level itself – conquer new territory, defeat enemy troops, capture a supply depot, and more. An interesting feature of the game is that it is turn-based and this is where your strategy skills must shine. Moreover, the troops and tanks that you have cannot move and attack freely anywhere, which means you will have to plan the movement route, then the attack itself, and then execute it successfully. Fighting is fighting so you will sustain damage for sure, which means you will also have to repair your equipment and find fresh troops. When you succeed in a mission you get points and advance in rank, starting from corporal. We guess you could eventually move to a general but this will likely happen in the later stages of the game.

1941 Frozen Front offers 2D graphics only and nice music and sounds, which fit the game in a really nice way. Apart from this we don’t have any gripes with 1941 Frozen Front except that the game has ads here and there that sometimes spoil the entire picture.

1941 Frozen Front is here on Google Play so you can take a look at it before you download it. By the way the game is about 58 MB in size so a good wireless connection to the Internet is also needed. 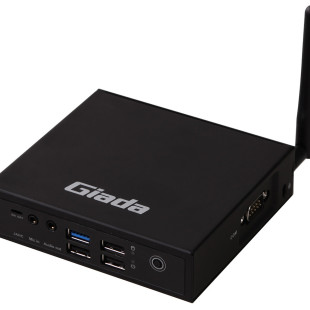 The manufacturer of various mini PCs Giada has unveiled the new F210 fanless mini-PC. The F210 combines a small chassis with decent processing power and targets various enterprises that need computers with low power consumption for various less demanding tasks. The Giada F210 is powered by an...

AMD finally makes its low-power hybrid CPU/GPU in a single die chip official, which is targeted at ultra- thin netbooks and notebooks. The new class  Accelerated Processing Units (APUs) are offered in single-core C Series (Ontario) and the dual-core E Series (Zacate) version, they are made using...