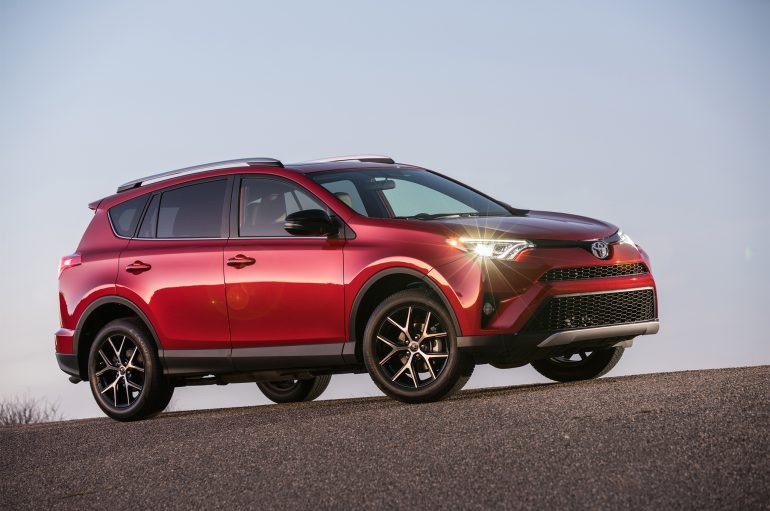 What a great car! It’s been around since the mid-nineties and is still one of the most popular compact crossover SUVs on the market today. The Rav4 was created for people who wanted all that SUVs had to offer, such as high visibility, large cargo area and optional four-wheel drive, as well as the fuel economy and maneuverability of a compact automobile. When Toyota designed this car it proved to be the best of both worlds.

RAV, by the way, stands for Recreational Active Vehicle with 4-wheel drive. Not all Rav4s, however, come with four-wheel drive simply because it’s not available in all countries. The Rav4 is now in its fourth generation and it was completely re-designed in 2012 and sales of this current generation began at the beginning of 2013.

These Rav4s are comfortable, well appointed and smooth drivers. Their turning radius gives new meaning to turning on a dime. A friend let me drive hers and I made a “U” turn in a cul de sac and I just kept driving around in circles for about three or four minutes. I must have looked silly but I couldn’t believe how small the turning circle really was. Any other car would have been almost twice the circumference of that beautiful and talented Rav4.

I also found out that it not only feels safe to drive but it really is a safe vehicle. The IIHS (Insurance Institute for Highway Safety) awarded the Rav4 its highest rating of “Good” for seats and head restraints, moderate overlap front and side and roof strength.

The Rav4 can tow up to 1,500 pounds and has great gas mileage. You can get up to 23 mpg in the city and 30 on the highway. There are five Rav4 trim levels: LE, XLE, SE, Limited and Platinum and they are all available in front-wheel or all-wheel drive. It has quick, responsive handling with solid braking ability and excellent acceleration. Take a test drive and see what you’ve been missing at Atlantic Toyota.