The Taiwanese company A-Data has announced the market availability of two new mSATA solid-state drives – the XPG SX300 and the Premier Pro SP300. Both mSATA SSDs target customers who want to get the most out of newer motherboards with mSATA ports and bring their PC storage performance as close as possible to the performance of a single primary SSD drive. 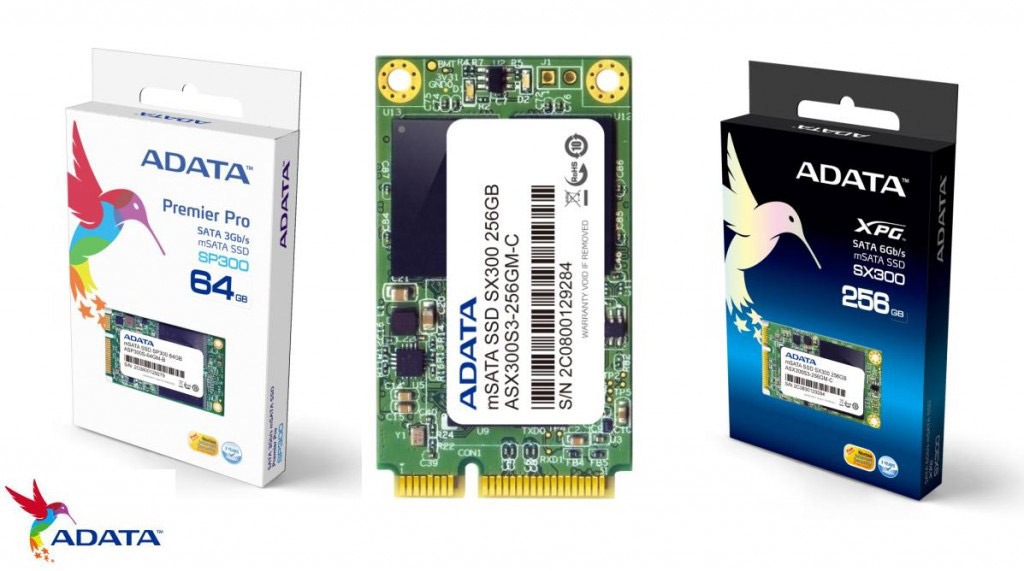 Both mSATA SSD drives come with an optimized firmware for work with NAND Flash memory that improves performance by 7 per cent compared to drives with a SandForce controller. The SX300 and SP300 also support Intel Smart Response Technology and comply with ATA/ATAPI-7 standard. Other supported technologies include S.M.A.R.T. and NCQ command sets as well as TRIM. Lastly the two new mSATA drives feature 1.2 million hours of MTBF and a 3-year warranty.

The A-Data XPG SX300 and Premier Pro SP300 are available now at retailers in Canada and the USA.