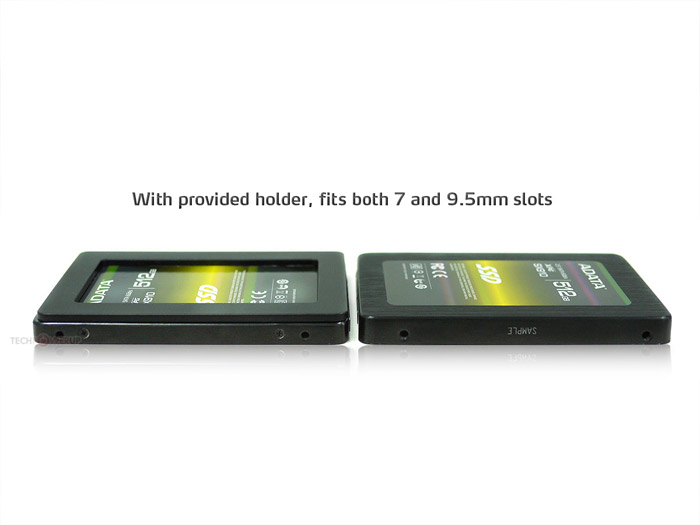 ADATA has announced a number of new SSD drives that are just 7 mm thick (down from the usual 9.5 mm) and hence feature lower weight when compared to traditional solid-state drives.

The new drives also come with special plastic trays that allow installation in bays, which require traditional 9.5 mm SSDs. ADATA also did not announce any price changes so the new SSDs, expected this summer, will likely cost the same as older 9.5 mm solid-state drives.