There are many action-oriented games on Google Play but few of them allow the player to command a battle ship and fight sea battles. One such game is Age of Wind 3 but in its case things get even sweeter when we mention that the battle ship is actually a pirate ship! So get ready for action in the sea, battles, loot and lots of rum!

Age of Wind 3 is an action-adventure game that allows you to command a pirate ship, engage in battles, visit ports, sell goods and complete missions. The game comes with a nice intro and a tutorial so you will not be lost when you run the app for the first time. We should also say that Age of Wind 3 is an app that is about 79 MB in size so make sure to have enough free space. But the size of the game and the time spent waiting are worth it – the game is very beautiful, offering 3D graphics only and nice, vivid colors. In addition it is very easy to play – you have two buttons that allow the ship to steer left and right and then three other buttons that allow you to fight enemy ships – the first one shoots the ship cannons, the second one drops mines in the sea, while the third one uses a special weapon called Tentacles – they pierce all ships in a certain area, which means you can be an instant winner if you find yourself in a tough situation. When you complete a battle you can visit a friendly port where you can refit, rest, sell the goods that you have captured, get more sailors in case of need and more. In addition the game gives you missions to complete. To finish the picture we should also say that Age of Wind 3 is an online game so you can fight with other players across the world.

Age of Wind 3 is a nice, fresh, action-oriented app that guarantees you hours of fun. It offers something new to the table – namely sea battles – and is easy to play. Moreover the game is free and you will lose nothing by trying it – in fact you can only win!

Age of Wind 3 is here on Google Play. 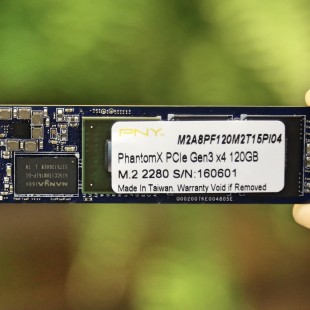 During Computex 2016 PNY has announced the PhantomX – a new solid-state drive line that features the popular M.2 form factor and has support for the NVMe interface. The actual release of the drives is expected by the end of the year but the tech specs are available now. The PhantomX line is... The maker of various memory peripherals Apacer Technology has demonstrated the new USB 2.0 AH115 and USB 3.0 AH156 flash drives. The devices bet on exclusive craftsmanship in order to catch attention and we can say they deliver – the form of the flash drives is inspired by the Sydney Opera...