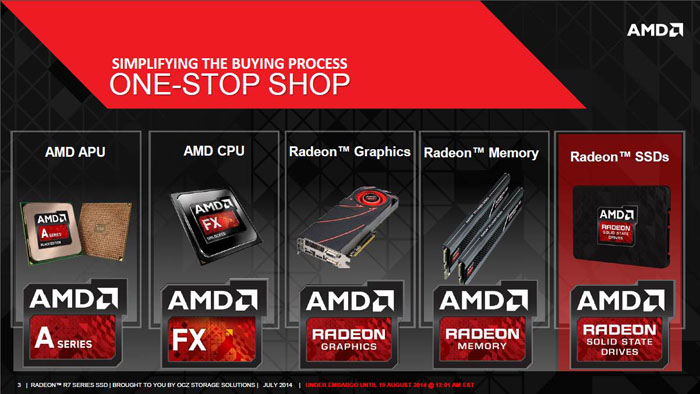 In the past decade AMD has greatly expanded its business. A long time ago the US chip maker was making and selling processors only but in 2006 the company began selling graphics processing units, which were then followed by accelerated processing units (APUs) and computer memory. Now AMD will also sell solid-state drives under the brand name Radeon R7.

Although this brand name coincides with certain AMD graphics solutions, the Radeon R7 drives will be 100 per cent SSDs. They will appear in three capacities as of now – 120 GB, 240 GB and 480 GB with all of them based on the OCZ Barefoot 3 M00 controller. The memory used will be Toshiba MLC NAND on 19 nm tech process.

There’s no word on the official release date or pricing as of now, though.