Outfit7’s games must be really popular as they seem to have become the basis of other similar games from other game studios. Here’s one such game – Angela Baby Birth, which follows the Angela character seen in other games. In this game, Angela has to give birth to a daughter and then you will have to help her take care of the little kitten.

The game does differ from the games of Outfit7 as the graphics and sound are different. They seem to be more cartoonish and simpler and we can surely say they have not been copied. The gameplay is suitable for children who want to learn more about giving birth and then taking care of a baby and this is it. The story is simple – Angela has to give birth and you have to help her pack the things she needs before she heads to the hospital. Then the baby is born and you have to take care of her by doing different things. This is it.

Angela Baby Birth is not a bad game, not at all. It is just different as it is not your favorite runner game, shooter, you name it. Designed for children, it will appeal to children. So choose the target audience carefully and if you happen to have a child, especially a female one, great! Go ahead and get this free app – you will like it!

The upcoming high-end Intel Haswell-E platform is not a secret to any hardware enthusiast as it was first mentioned months ago but up until now processors for the platform have not been released. What’s known is that every Intel hardware enthusiast will need a new Intel X99 chipset-based... 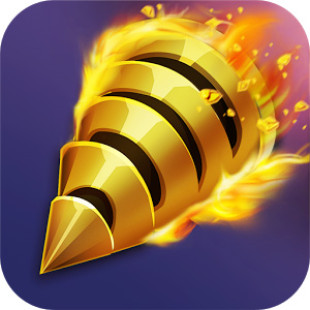 There’s at least one game genre here on Google Play that relies (and pretty successfully at that!) on mystery and rewards. This is the so-called drilling genre where you command a miner or a mining machine and you drill for gold, other natural resources and even unusual rewards down there. The...