Google’s Android is the world’s most popular mobile operating system and there is a reason for this. This operating system comes with very innovative memory management, regular updates, excellent support, and an intuitive interface and there are tons of applications that run on it. No wonder then that you can find Android on tablets, smartphones and sometimes even on personal computers.

Yet despite the near perfection of Android, some companies try to present a better interface for this OS via third party apps. APUS Launcher is one such app – it removes the regular Android interface and then adds a new one that supposedly works better.

The installation of this app is nothing special as APUS Launcher is small-sized. It will take you less than a minute to download it and then get it installed on your Android device. When you run it, you will discover that the Android interface has changed and that APUS Launcher has combined your apps in various categories making it easier for you to find what app you need and reducing clutter on your desktop. You also get fewer screens to choose from. The interface as a whole looks like a modified Android version and in some way it is as if this app runs on top of Android. APUS Launcher looks classy and stylish and chances are you will like it. Of course if you are not satisfied, you can always uninstall this application.

There isn’t much else to say about APUS Launcher except that it is a free app and that it can be downloaded on Google Play. You can take a look at it here.

A Chinese web site has reported that AMD is very likely to release its next generation GPUs in October 2013. The new GPU line may be called Radeon HD 9000 as the company already has Radeon HD 8000 products on the market – but they only get sold to OEM partners. The new AMD...

Adobe Flash Player 10.1 Ported to MeeGo and Android by Movial

The company that inspired the rich and intuitive Internet experiences, Movial, announced that they have enabled the certification services for the Adobe Flash Player 10.1 on "systems on chip" and mobile platforms for the MeeGo and Android. Movial also announced that it is currently working... 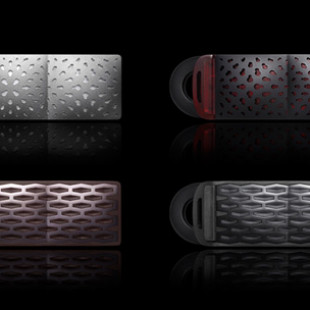 Jawbone ERA is the name of the latest product from Aliph, which as usual combines the latest technology with stylish design. The Jawbone ERA Bluetooth headset features company's' NoiseAssassin 3.0 noise cancellation technology, which promises to detect your surroundings and adjust the inbound...