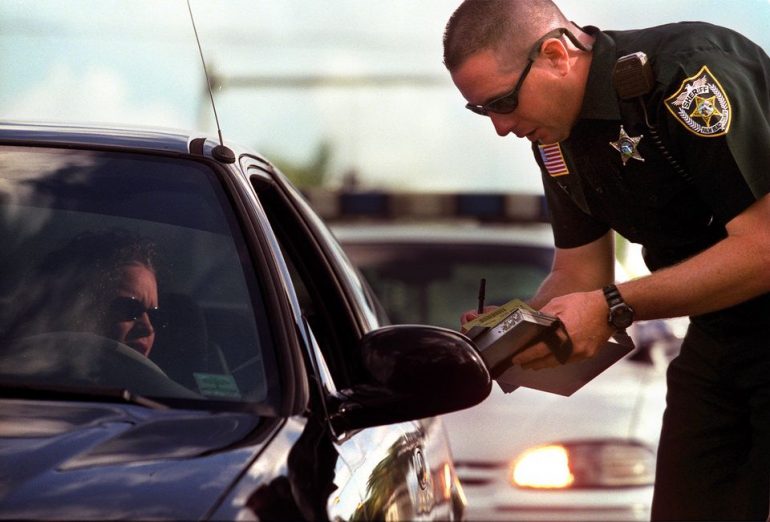 Today, the average ticket costs $156, although the amount of specific tickets can vary substantially depending on the nature of the offense and state laws. Actual police say they really don’t want to give you a ticket, but it is their job. Fortunately, most of them are willing to leave you with a warning providing that you’re willing to listen to some common-sense advice. Here are a few ways to improve your chances of driving away with just a warning.

Officers often look at multiple factors when deciding whether or not to write tickets and dangerous drivers don’t tend to catch breaks. Hopefully this is common sense to you. If you look like you are illustrating dangerous driving behavior, be prepared for a police officer to issue you a ticket when pulled over.

Some cops may be swayed by your driving record. If you’ve already had a few tickets this year, the officer pulling you over may feel that you aren’t quite getting the message and will issue you another.

If you admit you were breaking the law, a police officer will likely think you should know better and will issue you a ticket. The best thing to do is ask the police officer if you were doing something wrong and then agree to make sure not to do it in the future.

This is a good rule of thumb for life: if you want someone to be nice to you, don’t be a jerk to them. Here’s a good example: if you tell a police officer that “I pay your salary,” you will likely hear that they pay taxes too and will return from the cruiser with a nice ticket for you.

This one comes from our friends at www.neuwirthmotors.net, a Chrysler dealer in Wilmington, NC. Be grateful for the police officer’s advice. Cops typically don’t have “quotas,” so they’re rarely under any obligation to issue a ticket. Ask for a break and you might get lucky. The technique is to treat the officer with respect, acknowledge what you did and politely ask you can get off with a warning.

If you’re going a few miles per hour over the speed limit and you see a police officer, don’t jam on the brakes. Let off the gas and allow the vehicle to slow, then wave at the officer. Most police will see a friendly wave as a sign that you’re acknowledging your mistake, and likely let you go.

As social animals, we all tend to treat people better when they treat us well. Dealing with police is no different. Besides, police usually make a note of your attitude if they give you a ticket. If you go to court to contest it, the judge will always take that into consideration.

Good Lord, don’t ever consider bribing an officer. The last thing a police officer wants is to jeopardize their jobs for something as minor as a traffic ticket.