Bad Guys is a game that is a bit hard to review. The thing is that the game promises a lot but it does not deliver that much – at least early in the game, which leaves us wondering what’s next.

In Bad Guys you assume the role of a criminal that robs banks and does other bad things to people. The game starts with a cartoonish interface where you must choose a crime to commit – in our case this was a bank robbery. Then we saw a bank vault that we had to open by using a specific combination. The problem was that you have to be really careful when choosing the digits from the combination – a single mistake gets you caught by the cops. This makes Bad Guys incredibly tough and spoils the fun the game can give you. In fact chances are you won’t be able to progress which dooms the game to an early death and disappearance from your Android device. Apart from this the game designers have come up with really nice cartoonish 2D visuals and great sound effects but that’s about it.

Sadly we cannot recommend Bad Guys. The game is simply too difficult and this spoils a great idea. Hoperfully the developers will learn from their mistakes and will release a greatly improved new version that will deliver the content we need. Until then we can only hope – or look for other Google Play apps.

A new full high definition pocket-sized mobile video camera, the Panasonic HM-TA1, was introduced by Panasonic today. The Panasonic HM-TA1 is 1920 x 1080 pixel-capable with a design that is very easy to use, featuring an integrated USB terminal and software that allows easy connection to... 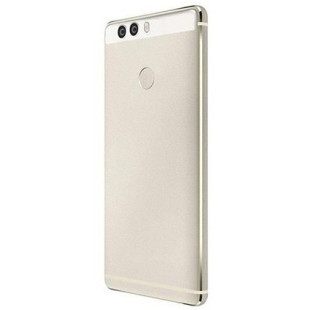 It is not a secret that the Chinese smartphone maker Huawei plans to release at least three new smartphones, including the Huawei P9 flagship, in the next few weeks but until now no technical details were known. This is no longer the case as, not surprisingly, a leak has described the...

Iomega announced a pocket-sized external SSD Flash Drives, that feature USB 3.0 interface and built-in encryption. The new 1.8-inch SSD drive has rugged metal enclosure, which offers protection from drops up to 10 feet. It utilizes the USB connection for both, power and data transfer...