In life you do many things and as the saying goes there’s always a first time for everything. It appears it was our first time to enjoy a massive multiplayer online (MMO) game for Android. The game is called Battle Camp and as the name of the app suggests prepare for some heavy fighting.

The game takes you to a virtual island where you must fight numerous monsters in order to progress and become a battle master. The game is not as dynamic as it may sound – the fights are not in real time; instead they are turn-based. This takes us to one peculiarity of the battles – all of them use the paper-rock-scissors principle to designate a winner. To win you will have to match various elemental powers – an activity that strongly resembles other matching games such as Candy Crush Saga. Once you do the selected elemental power strikes your foe and does damage. Eliminate all health points of your opponent(s) and you will be the winner!

The idea behind Battle Camp is a great one – first the app features addictive gameplay and then this is the first MMO game for Android that we have come across. All is good except for some things – first Battle Camp heavily depends on your Internet connection since this is a multiplayer online game. Sometimes this Internet reliance is a bad thing as you will have to spend some time waiting for a level to load or simply exchange information with other players. Second, the game is hungry for hardware resources so if you don’t own a fast Android device then don’t bother to download this game. Sometimes things get so choppy it is hard to play the game at all. You have been warned!

Still despite its problems Battle Camp is a good game. It has addictive gameplay and brings something new to the table, which is more than great. True, the game does not shine in the graphics department as it is in 2D only but this is not a problem as even then it does its job in the best way possible. Just make sure to have enough nerves for all the “Downloading…” screens you will see and cross your fingers to have hardware that is powerful enough for this game. If you do then you will enjoy Battle Camp to the fullest. 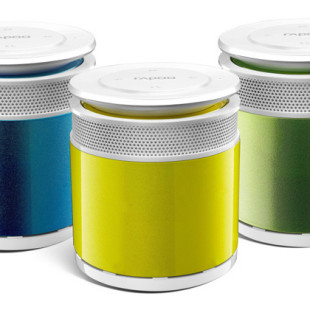 Rapoo is not necessarily one of the most popular names when it comes to hardware but the company has been in business since year 2002 and has gathered quite a few awards here and there. Today the company has decided to surprise us with the A3060 portable mini speaker – a sound system that is...

More details on the Samsung Galaxy S7 and S7 Plus

The new Samsung Galaxy S7 and S7 Plus smartphones will be with us in just a few weeks time but until now we have dealt with the internal hardware components only. This time, however, we will add the dimensions of the new devices, which will pretty much finish the pictures of the upcoming...

Sony has announced is ultra-portable VAIO Z Series notebooks which have aluminum and carbon fiber chassis, that is only 0.66-inch thick and weighting just 2.5-pounds. Sony’s new 13-inch flagship laptop is available with either - a 1600 x 900 or 1920 x 1080 LED backlit displays with anti-glare...