Battleborn Tap – does this name ring a bell? It is not very hard to guess what you will be doing here – you will be tapping like crazy.

Battleborn Tap is, however, not a game, where you will make virtual money. Instead, this is a game where you will have to defeat countless enemies (we doubt there’s an end to them no matter the efforts you put). The game story is so simple, you can easily pretend it does not exist – you are simply thrown right into the action where you must kill creatures that look like large turtles and their bosses who resemble robots. By tapping on them you damage the creatures so when you get their hit points to zero they die and new ones come in. After a while they will be so many, you will need help and this is where Battleborn come into the action – you can select among nearly ten different characters with each one of them having unique abilities and skills. Each killed enemy gives you golden shards too so when you collect them you can upgrade yourself or the Battleborn you have with new weapons and skills. After a while you will be able to use more Battleborn when things get tougher so you have a chance. All this goes on until you get defeated or you, eventually, kill all the bad guys, although we do not know if this is possible. This is what the game is all about so make sure your fingers have gotten some rest before you start playing. As to the visuals and sound effects Battleborn Tap does not offer a lot but you still get decent 2D visuals and sound although we doubt you will get to hear much else than laser shots.

Battleborn Tap, as you can see, is an action game that is for casual gaming. The app will challenge you with sheer numbers only so do not expect a sophisticated story behind or anything like it. It can bring fun, however, so if you like fast-paced action games then Battleborn Tap is right for you.

Netgear has released a new router, which the company claims is the world’s first network router to support 5G 802.11ac network wireless speed. The Netgear R6300 Wi-Fi router is said to be up to three times faster than the latest 802.11n routers, achieving 1.3 Gbps at 5 GHz and 450 Mbps... 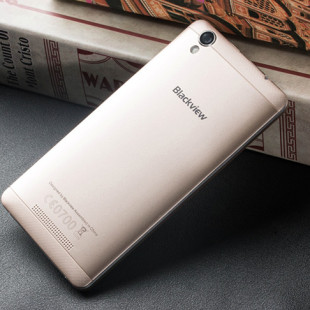 Blackview’s A8 smartphone is super cheap

Blackview is a smartphone maker that is definitely not the most popular in the world but even then the company has some very interesting models such as the Blackview Ultra Plus smartphone that happens to be an exact copy of Apple’s iPhone 6S Plus or the high-end Blackview R7 handset with a Helio...

LG has announced a new version of the popular Optimus Pad, this time coming with LTE connectivity. First seen in December of 2011, the new device will hit stores in South Korea first. Dimensions and weight have been improved when compared to the original Optimus Pad. The new gizmo now weighs...