If you love bananas then you will have really many of them in a free Android game called Benji Bananas. What is there else to do than collect them, right?

Benji Bananas offers much more though. The game is fast-paced and offers plenty of action. You take the role of a monkey sent on a banana collecting quest to please its monkey girlfriend. Expect to jump, use vines to fly from one to another, make use of the environment to advance further and more. But you should be careful, at least a little as there are obstacles and simply deadly dangers that lie ahead of you such as snakes pretending to be vines, animals that try to take you down (that is kill you as touching the ground is the END for you) but there also are some other animals and tools that help you. Collect as many bananas as you can and then use them to buy power-ups after certain levels. Then imagine all this wrapped in nice graphics and sound and you get the picture.

We can’t say anything bad about this wonderful game which we enjoyed very much except that the game sound tended to skip here and there but it could be just us and not the game.

Some piece of helpful information for you ...."Going to the movie theater has been a popular social pastime for decades. Is it the enormous screen, the engulfing sound, or the popcorn that keeps people coming back for more $10 movies they could easily rent on DVD or Blu-Ray? That theater...

Sony announced that PSP update (v6.10) will be available soon. "This is a big update for us in preparation for the launch of PSPgo. PSPgo owners should make sure to download the update to ensure full compatibility with MediaGo and with all PSP titles.Here are some of the key features Sony... 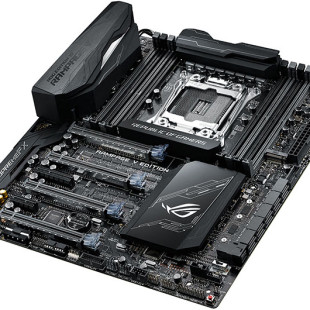 ASUS has devised an interesting way to celebrate the Republic of Gamers’ 10th year anniversary – the company has chosen to launch a new motherboard that features the Intel X99 chipset and has support for the latest Intel Broadwell-E processors. The new motherboard is called ROG Rampage V...