Bored during long road trips? Here are some day savers! 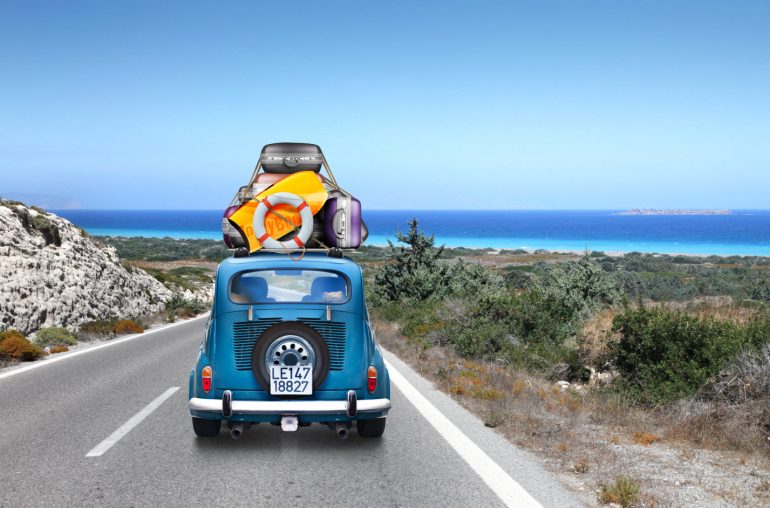 Do you have young children? How do you like going on long car trips with them? We have a pretty good idea what your answer is, but don’t be too concerned; it’s a challenge for just about every family. The fact is that kids aren’t nearly as patient as adults and are actually programmed to seek out relatively constant stimulation. (This is an actual psychological fact.) Today, the standard parents solution to this need for stimulation can be smartphones, ipods, tablets, DVD players and other digital forms of entertainment. Another form of entertainment can be just as much fun, though, and it can involve the whole family: road trip games. We asked our friends at Lustine Toyota of Woodbridge, a local Toyota dealer in Woodbridge, VA, for a few suggestions and they gave us four great games. Have fun!

This is a really fun game that can involve everyone in the car. It starts with one person, the “Zoo Keeper,” who is instructed to “think of an animal” and keep it to themselves. The rest of the people in the car ask a single question, one at a time, and try to figure out what the animal is. Here’s an example of the game in process: the Zoo Keeper thinks of an animal. The first player asks, “Does it live on land or water?” and the Zoo Keeper answers one or the other.  The next player asks, “Is it larger than a cat?” and the Zoo Keeper answers yes or no. And, so on. At some point someone will suggest what they think the answer is and if they are right, they become the next Zoo Keeper and the game continues on.

Perform this as teams or solo players and It’s one side of the car vs the other. The object is to assemble the complete alphabet utilizing road signs, billboards, store names and the like that appear on your side of the road. You’ll be looking for every letter of the alphabet, in alphabetical order. Here’s an example: once someone says “Start”, everyone on the right and left start looking for an “A.” If there is a fruit stand with a sign for Granny Smith apples — there’s your A. The next step is to find a “B.” The exit for the Brooklyn Bridge would cover B, Road Closed is C and so on. First one to the letter Z wins.

This one will be familiar to older passengers because it was once the concept behind a very popular game show. The way it works is simple. One person in the car starts humming/whistling/singing a “mystery song.” The others in the car, one at a time, get a chance to guess what the song is. The winner gets to hum/whistle/sing the next mystery song.  A few variations on the Name that Tune game are to only name the artist or only name the decade that the song came out.

This one is a classic. One person looks around and chooses an object that the others have to guess. The only clue they give is when they say, “I spy something that begins with (insert the first letter of the object’s name).” Or the clue can be the object’s color. The others in the car get one guess and then it rotates to the next. The player who guesses the object correctly gets to go next. By the way, you can’t “spy” something that is whizzing by your car. It has to be something that all the players can view for several minutes.