Bouncy Kingdom is a strange game – after all how can you combine bouncing with a kingdom? Apparently there’s a way.

This free Android app is an arcade game that is very simple. The game does not have a story behind so you are thrown right into the action. The gameplay is simple – you are into a room, whose walls are covered in pillows and you jump around. The goal is to go through hoops that appear in random places and you have limited time to do that. If you spend too much time flying around the hoop will explode and will kill you, which will put an end to the game. The ultimate goal here is to go through as many hoops as possible. Simple, isn’t it? The game comes with 2D graphics and simple sound effects only too. We have to say that Bouncy Kingdom is a really simple game so you cannot expect much else.

All in all Bouncy Kingdom is a nice and fun game that does not pretend to be the best game ever but it has the potential to keep you playing it. Given this, our opinion of this app is positive so you should try Bouncy Kingdom in our opinion. 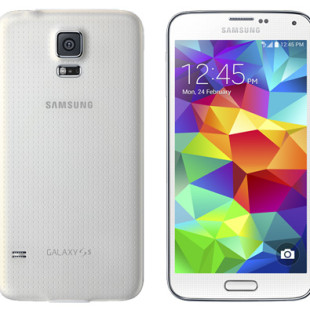 Although Samsung releases hundreds of new smartphone models each year, there’s one rule when it comes to the company’s flagship smartphones – roughly a year after the release of a flagship, an updated and upgraded version of the same smartphone shows up. This was the case with the Galaxy Note 3...

64-bit computing is everywhere nowadays – just take a look around and you will see that it is really hard to find a PC that sports a 32-bit processor only, and if you do find one such PC, then it is an old one. While we take the 64 bits inside modern CPUs for granted the story of 64-bit...

The Inbi-Out is  innovative design concept in the form of a GPS coin which will help you making decision where you should go. Indecisive? How about a GPS coin called the Inbi-Out to make all your decisions. File this under “not gonna happen anytime soon,” but it’s nice to fantasize. The...