Boxing is one of the most popular sports around the world. It is dynamic, it excites, it requires strength, endurance, bravery and more but this is what makes it a sport that is not for everyone. Now you can experience what boxing is by playing a game for Android called Boxing game 3D. It is not the real thing but it will give you an idea what boxing is.

The game is relatively small-sized and will download and install quickly. When you run it you will see a boxing-themed intro screen and just three buttons to use, two of which will try to tempt you to get more applications. This is not a good sign and you will soon find out why. After a somewhat long loading period the game takes you to a virtual boxing ring where you have to fight a virtual opponent. There are five buttons to use with four of them being combat buttons, while the last one blocks opponent strikes. The goal is to take the endurance of your opponent to minimum, after which you win the match. Vice versa, if your opponent takes your endurance to the minimum you lose the match. After it all ends, you are given a short summary where your total and successful hits are listed and you can play again if you want.

Boxing game 3D does not offer anything special when it comes to graphics and sound but the size of the game and its simplicity suggest this fact the moment you download it. It is a decent piece of software that will keep you occupied for a while when you travel or you are simply bored but there’s not much more to it.

You can take a look at Boxing game 3D here on Google Play. 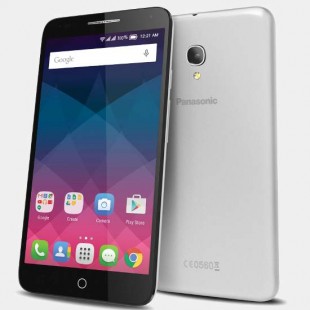 Panasonic has released two new smartphones that target people who do not want to spend too much on a new communicator. The devices, obviously, come with budget-oriented specs but with low prices too so we cannot complain. The smartphones in question are called P50 Idol and P65 Flash. The P50...