There are many developers that make and distribute Android games on Google Play but few are as successful as King – these guys make hit games like crazy! Here’s another one that may become a huge hit – Candy Crush Soda Saga!

The name of the game says pretty much everything – the game comes from King.com and just like before you have to match candies, score points, meet requirements and then get to the next level. This time things change a little bit – the guys at King have added an extra touch in the form of soda bottles. The goal is to open (or match) all bottles, increase the soda level in the level, reach the top and then go to the next level. Everything else remains the same – the sound, the graphics, the looks of the game… We can’t say if this is good or bad – if it works for King, then why not leave it like it is? But the addictive game play is here again and it seems that Candy Crush Soda Saga will become a huge hit, just like its siblings. Beware, though – levels become tough after the second one so prepare your brain for some hard thinking.

Candy Crush Soda Saga looks like another winner – the game has all the ingredients needed for becoming a hit game and it even adds something more. If this is your genre then go for the game – you will not be disappointed one bit!

It’s no secret Intel plans to unveil Core i3 and Pentium chips on the Haswell architecture in September and with the new month knocking on the door Intel has prepared a few new chips for work. All in all the US chip giant will unveil three new Core i3 processors, a faster Core i5 chip, a new...

The world’s largest chipmaker unveiled the Intel 910 series of solid-state drives that are compatible with the PCI-E bus infrastructure and are designed to provide extreme performance, endurance and reliability for rigorous data center demands. Based on Intel multi-level cell NAND flash... 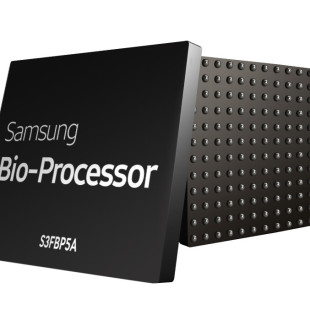 The Korean tech giant Samsung has announced one more interesting tech gadget, namely its new Bio-Processor as the company puts it. The new chip will be used in the growing number of wearable devices, which monitor health and fitness around the clock and will target people who use such devices on...