Cannon Land is a game that can be played by almost anyone – from small children to adults and even elderly people. This is because the game is simple and it does not require advanced skills like many other games.

In fact it turns out that Cannon Land is a game of perfect timing. The idea behind the app is to shoot a bullet, which looks like a cat, from one cannon to another, without falling to the ground. The main feature of the cannons that you will see and use is that they can both shoot and attract flying objects. On your way you will also get to collect golden coins that will later be used to buy you life when you fail. This is pretty much everything that the game offers – just shoot when the right time comes, get from one cannon to another, collect coins, and avoid falling to the ground at all costs, since this means you have failed the level. There isn’t much to say about the graphics as well since Cannon Land is a very simple game – the app comes with 2D graphics only with simple looks and that’s about it – the same can be said about the sound inside Cannon Land.

The final verdict is that Cannon Land is an average game that can be played by anyone. As such it is perfect for killing time but it can also be used to teach children of timing, quick reactions and more. The app is free so you can try it now if you want, especially if you have nothing to do at the moment. 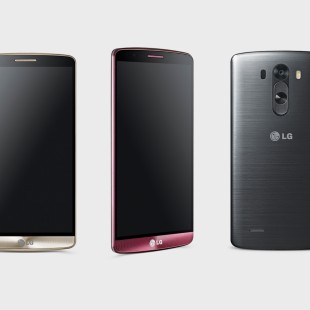 LG will soon attack the smartphone market with a new mid-range smartphone called G4 S. The new device will help the company compete in market segments where price has importance and will offer LG fans the opportunity to buy a new LG smartphone that is cheaper than the current LG flagship. The...

Acer will soon update its Chromebook line with a new device that will be called Chromebook AC710. When it hits the market it will replace the current Chromebook AC700 device released last year. Unlike the Intel Atom-based AC700 the upcoming Chromebook AC710 will be...