Cartoon movies are usually associated with small children but quite often there are cartoon movies that are suitable for adults too. This trend has become especially strong in the past decade when movies such as Lion King, Toy Story, Finding Nemo and Cars showed cartoons can have an adult audience in the millions. At the same time they won numerous awards, made tons of cash and became the basis for various other products as well as symbols of success.

Cars: Fast as Lightning is an Android app, hosted on Google Play, that clearly tries to build on the success of Cars, a successful cartoon movie, which was launched nearly 9 years ago. The app is a racer game as its name suggests but it is not your classic racer game. Apart from the Cars style of gameplay you get a few unique features that we don’t get to see that often in such games. Designed for children the game offers just an acceleration pedal to use; if you don’t press it continuously the car, you are in command of, decelerates. In addition to that there’s no need to tilt your device to make turns – the game does that automatically for you so as you can see things have been made really easy for you. The idea behind the game is to race and win races against other virtual Cars opponents but as in many other games Cars: Fast as Lightning features various in-game improvements, options and more. You can add bumps to the game track, obstacles, power-ups and other similar changes. This adds to the game play and makes it more intense and interesting. All this is wrapped in beautiful 3D graphics that will treat your eyes with eye candy galore. In a few words Cars: Fast as Lightning is a game that follows the cartoon movie with the same name and lets you race on fun and fantastic tracks full of surprises and challenges. Did we say the game is free?

Just as a side note – the app is large and you should download it over your home Wi-Fi network or you may incur unexpected charges. Also – have some patience, the game will download and then install itself.

Cars: Fast as Lightning can be found here on Google Play. 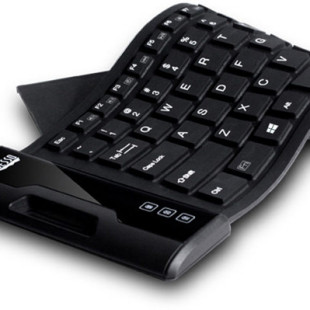 Adesso is not a company that you would find in everyday’s news but maybe it is time to pay some more attention to it and remember its name thanks to a great new product that seems to be able to serve even the needs of extreme PC users – a completely water-proof and flexible keyboard that goes by...