Clicker Wars is a game that will surprise you for sure. As usual it is a free Android game that promises you will have fun with it.

The installation of the app is an uneventful process that takes one or two minutes at most. You may think that the app is an action-oriented game and it is in a way but here you will not be in a real war as the title of the game suggests. That is – you will be fighting but not for real.

What do we mean? The gameplay is in fact the thing that will surprise you the most while playing this game. You get a monster that you have to kill but there are two things that make the whole thing incredibly easy – first the monsters do not resist and second they will not fight you. Killing them is easy – just tap on them to hit them and this is it. At the same time tap as quickly as possible to kill them faster and when a monster dies it will drop golden coins that you must collect very quickly because they disappear. When you get rid of a monster, it dies and then a new one comes and this continues until the end of time. To make things even easier Clicker Wars slowly kills the monster too – if you do not tap on it, you can see its hit points slowly going down to zero so you can even get some rest while playing. In addition the game allows you to level up and hire warrior helpers that increase the damage you make.

As you can see Clicker Wars is a clicking game with an element of action inside. The app does not offer much more – it has 2D graphics, a simple interface and this is it. Is it any good – yes, but only if you are not looking for real action and you have some time to kill. Serious Android gamers, however, will have to look for another action game. 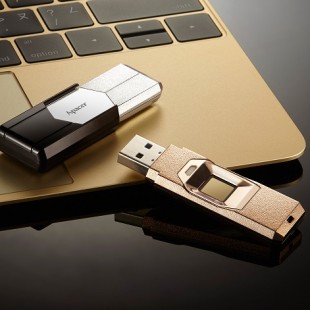 USB flash drives offer everyone a very convenient way of carrying data but they have one common drawback – the information on them can be easily read by the wrong person unless there are some security features. But which technology offers the best security? Apacer has the answer – this...

Windows 10 has been one of the hottest topics lately but it can’t be any other way since the new OS is just nine days away. Today we have one more piece of news on Windows 10 and it deals with how long the new OS will be supported. This is an interesting question even though the new OS has not...

Mach Xtreme comes up with new offer for desktop users in form of Dual-Channel DDR3 memory kits called Urban Series. The new Dual-Channel DDR3 series comes in capacity of 4GB per module or 8GB as a kits and is based on the latest DRAM chips DuraWrite. The modules are equipped with lightweight...