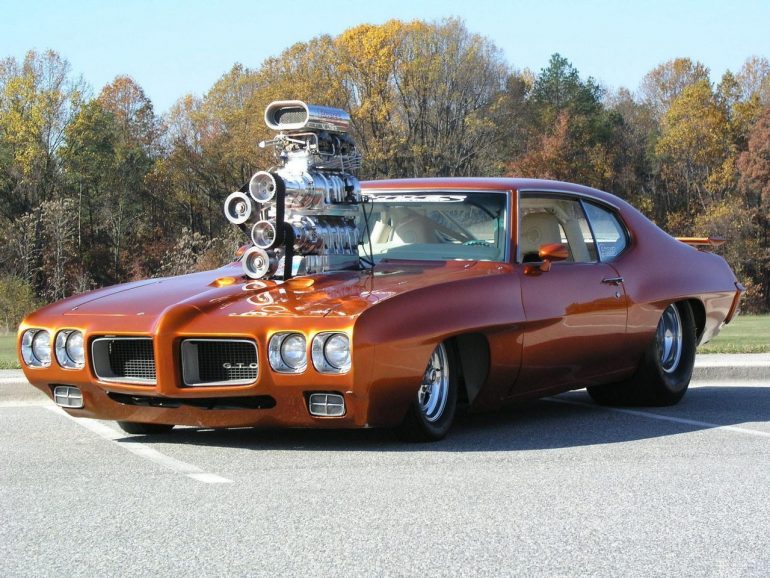 Muscle Cars Past vs. Present With a Glimpse into The Future

Ah…the muscle cars of the past, how we miss them. What? We have muscle cars today that are in the same tradition as the famous ones from the sixties and seventies. In fact, Dodge has carried on the great muscle car heritage of that era by continuing to manufacture the Challenger and the Charger. These are two of the most legendary fast cars that still pull their weight and burn rubber whenever it’s needed.

The 2017 Dodge Challenger, even at a stand still, just looks like it can hold its own. Its sleek design and confident stance has “Dare me” written all over it. The incredible SRT Hellcat, which is the top of the line version of the Challenger is raw awesome power. Its V8, 6.2-liter engine revs out 707 horsepower and delivers 650 lb-ft of torque. These numbers and the great overall engineering of the Challenger make it possible for this really baaaad car to hit 60 mph from a dead stop in the miraculous time of 2.3 seconds. It can reach 100 mph in 5.1 seconds. These numbers alone are enough to blow people away and force them run down to Foss Motors to make sure they hold a Challenger for them.

When they hear that it’s faster than a Ferrari and weighs in at just over two tons, they are sold and decide to mortgage their house so they can by every Challenger on the lot and in the show room. Luckily, the sane car experts at Foss sit the car buyers down and let them know that it’s not necessary to buy all of the Challengers on the lot and that they really only need one. Besides, the car rep says, the Challengers look expensive and yes, they can beat Ferraris and a lot of other sports cars, but they are just not that expensive.

Once the car buyer calms down with all that good news, especially about not having to mortgage the house, then they start making rational decisions.  Even though some people consider buying one of the fastest cars in the world a decision that should not be taken lightly, we feel that everyone should own a Challenger. Besides looking ultra cool and being able to beat every opponent at a stop sign or traffic signal, the Challenger will also help you run errands much quicker. That in itself is a good enough and quite efficient reason to get behind the wheel of the 2017 Dodge Challenger.