Why the Edsel project was a complete disaster? Here’s some vital info! 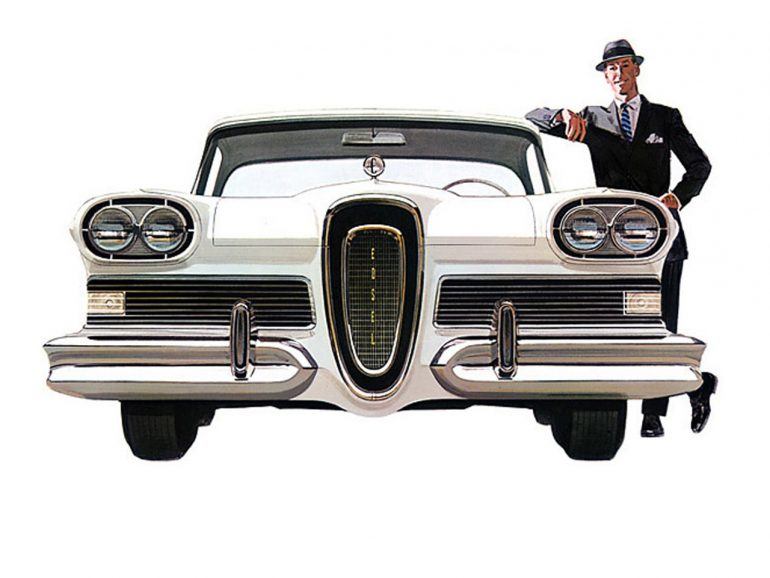 Not Enough Brands – Enter the Edsel

During the 1950s, Chevrolet was the best-selling car in the World. The total production number for this single brand, just one of General Motors 6 brands, stood at 13.5 million vehicles. In second place was Ford, but the entire company sold just 12.5 million cars during the same time frame. This was a major issue for Ford and after analysis, they boiled down the issue to a single factor: model selection. With just 3 divisions, Ford did not have the breadth of model selection that General Motors did.  The three divisions they did have, Lincoln, Mercury and Ford, weren’t enough. They simply needed a larger footprint. Today, you can see a similar situation that has played out at Mazda. Mazda is an excellent Japanese car manufacturer but it isn’t really considered a luxury brand. According to Hiley Mazda of Hurst, a local mazda dealer in Hurst, TX, this is why CX-9 was developed: to give luxury car buyers an alternate instead of jumping to other premium brands.

In the mid 1950s, the company set about identifying a new market segment and they came up with a new name for it that had some family history: Edsel. The Edsel automobile was named after Edsel Bryant Ford, the only son of the company’s founder Henry Ford. Edsel Ford played a pivotal role at Ford during the 1920s and was responsible for modernizing Henry’s Model T line at the time.

The Edsel is Coming

Once designed and ready to sell, Ford developed a unique ad campaign. The first ads to hit the airway simply stated “The Edsel is Coming.” However, you couldn’t see the mystery car. This made people ravenous to see it. As the campaign progressed, viewers were allowed an obscure view of the car’s shadow and a glimpse of the hood ornament. Anyone involved with the Edsel was sworn to secrecy not to say a word about what was being claimed to be a radically new and innovative brand. In fact, dealers were required to store their new Edsels undercover and would be fined (or actually lose their franchise) if they showed the cars before the release date.

All the hype about the mystery Ford brought a curious public in record numbers to see its unveiling on “E-day” Sept. 4, 1957. And they left without buying. As it turns out, car buyers didn’t purchase the Edsel because it was a bad car. They didn’t buy it because it didn’t live up to the over-hyped expectations that the company created in the prior months with their epic advertising campaign.

In addition to the car not living up to the marketing hype, the United States was in a recession and Edsel’s were expensive. Plain and simple, this was a big issue.

Ford launched the Edsel as a brand-new division but they didn’t give the car line its own manufacturing facility. Ford employees produced the Edsel cars and they were loyal to the Ford brand. This new brand was seen as an interloper, therefore they took little pride in their work. Not having a dedicated work force to build Edsels would prove to be a big mistake.

The Edsel actually had some great innovations for its time such as a unique rolling dome speedometer and its “Teletouch” push-button transmission shifting system in the center of the steering wheel. Problem was that in the hurry to get Edsels made, the company went light on the mechanic training. No additional training beside updated service manuals was developed which lead to unfamiliarity with the car’s state-of-the-art technology.

The firth failure was pure marketing malfunction. The car’s name was terrible. The advertising agency involved in the rollout, provided 18,000 names for Ford executives to pick from. In the end, they ignored every one and named the car after the first child of Ford’s founder Henry. Historical yes it’s just not a name that rolls off the tongue easily. When people tell their friends about their new car, they either want name recognition or at least one that sounds cool.

Edsel sold only 64,000 units in its first year. Maybe in a different economy, with a good dealer support system, and an real marketing plan, the Edsel would still be around today. As it turns out, the company struggled for 3 years before admitting total defeat and discontinuing the Edsel.