The idea here is to have as many chickens that lay eggs as possible. Then you can sell these eggs and make money. You can then use this money to expand your egg farm, get more chicken and make more money. And then this story goes on until the end of the world. Why did we say Egg, Inc. was a game of virtual money? Well, the app gives you money even when you do nothing. All other activities are there to help you expand your chicken empire and become richer. You can build more hen houses, feed the chickens with special food to increase the egg laying rate and much, much more. The ultimate idea, however, is always the same – become the richest person ever. It is a sad thing, however, that all this will take place just on your Android device. Egg, Inc. won’t charm you with other features, though – the game comes with simple 2D visuals and nice music and that’s about it.

All in all Egg, Inc. comes with a really clever and fun idea behind but fans of the genre will find this game too hard to play – you will have to constantly keep an eye how the chickens are doing and more. There are other similar apps with the same idea behind but they are simpler – you have to press here and there and then just watch how your money grows. This is not the case here and this is a problem. But as a whole if this is your first money making game, try it – the idea behind is interesting and deserves some credit. 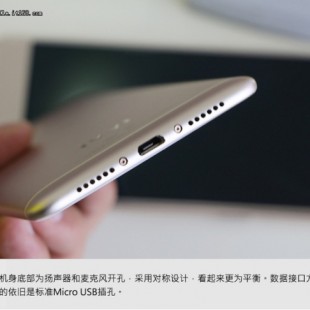 Ivvi i3 is the first smartphone with Snapdragon 430

Ivvi is not the most popular smartphone maker but this company is well known in Asia with its super thin smartphones. For instance, the company has just launched a new handset called Ivvi i3 and this device is just 6.55 mm thin. As a comparison Oppo’s R9 is 6.6 mm thin and believe us this is one...

When you hear the word ‘gaming’ the vast majority of people immediately think of the major console brands Playstation and Xbox, with many others also thinking of their PC. Since humble beginnings in the 1940s, when the basic matchstick game Nim was created, technology has come a long way...