Fail Hard is not a game for the faint of heart since here you will see lots of stunts as well as epic failures that sometimes can be rather funny.

This is what the game is all about – perform stunts, try to get as far as possible and, of course, earn rewards and money. This is not an easy task, though, because the easy part is failing, while the harder one is actually earning something. You start as Mr. Nobody who does not even have money so you will have to make do with a small motorcycle with which you will be performing your stunts. Later, given you make enough money, you can upgrade your bike and get a more powerful one or even a larger vehicle for even more fun and better results. The game includes numerous levels where you will have to jump at the right moment in order to perform a successful stunt but more often than not you will be failing big time, which will lead to funny failure scenes. The good news is that you will be able to repeat a level as many times as you want before moving to the next one (and remember, the goal here is to earn money after all).

Fail Hard comes with really nice 3D graphics so the app will treat you very well in the visuals department. The game looks really, really nice and the 3D effects make your failures even funnier so all is good here. In addition the game has nice sound effects, although the background sound, which resembles human voices, is really annoying. We do not know why the developers put it there in the first place.

All in all Fail Hard is a nice game that many people will enjoy due to the insane stunt events and the epic failures that you will get to experience. The app comes for free as usual and has no weak points except for the background sound (or more precisely – noise) but you can always turn the sound of your Android device off and enjoy the game to the fullest. 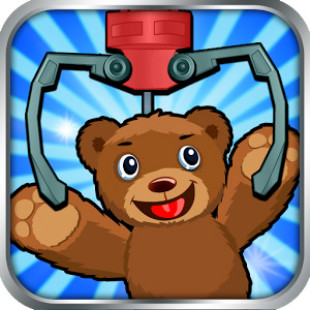 Have you ever seen one of these machines where you have to insert a coin and then navigate a claw to a toy that you want in an attempt to grab it and then take it to the exit? Now you can have the same emotions with a game called Prize Claw. Unlike real machines of this type, Prize Claw is...

About a week ago Hitechreview reported the first details on the upcoming Intel Haswell desktop chip generation. The information, first leaked by the Chinese version of the VR-Zone tech web site now has a companion – a short list of the first mobile Haswell chips. According to...

ViewSonic's ViewPad 7 and 10 lands in US