Fishing Target is another game that deals with fishing but this app will surprise you with the gameplay that it has to offer. Here you will not use a fishing rod and hooks – instead you will have a cannon that shoots nets, with which, you will catch your fishes.

The game is more than simple and this is a surprising fact – you will play as a fishing cannon that shoots nets in something that looks like a large pool full of all kinds of fishes and marine species plus mermaids. The goal is to shoot a target several times, after which the target is put into something like a balloon and then it arrives to you, bringing you points. The goal here is to shoot quickly and accurately since one shot costs one point. The ultimate goal in the game is to catch as many fishes as possible and yet have the highest score, which means you have to be both quick and accurate. However, in Fishing Target you will have some competition – all games take place online so you will compete with other randomly selected players who are playing the same game at the same time. This means that sometimes you will not be able to catch the fish you want but this is okay, given you do not lose too many points, because there are many other fishes in the pool and many new ones come after a few minutes of playing. Not surprisingly then Fishing Target does not come with 3D graphics, instead 2D is all you will get but this is okay given the nature of the game. The sound effects are decent but this is all you will get in this game.

Fishing Target is a decent game that may disappoint many fishers around the globe but the app is mostly about shooting at fish rather than using fishing rods and experiencing all the fun that comes with this. Even then Fishing Target is a game that has fun potential especially for casual players.

The new Hasselblad CFV-39 digital back, custom built to match the design and functionality of Hasselblad V cameras, turns every V camera into an easy-to-use digital workhorse. The 39-megapixel back, with a sensor twice the size of premier DSLRs, features two capture modes and a new digital... 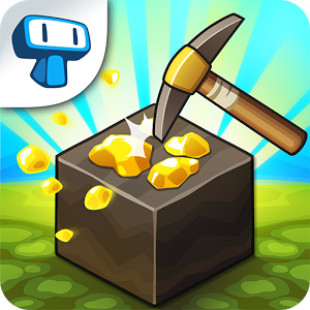 Mine Quest – Craft and Fight

Mine Quest – Craft and Fight is a game that will fascinate fans of WarCraft and other similar games. Why? Simply because the game offers similar gameplay and then other features that completely suit the genre. This free Android game takes you to some fantasy times and follows the story of a...