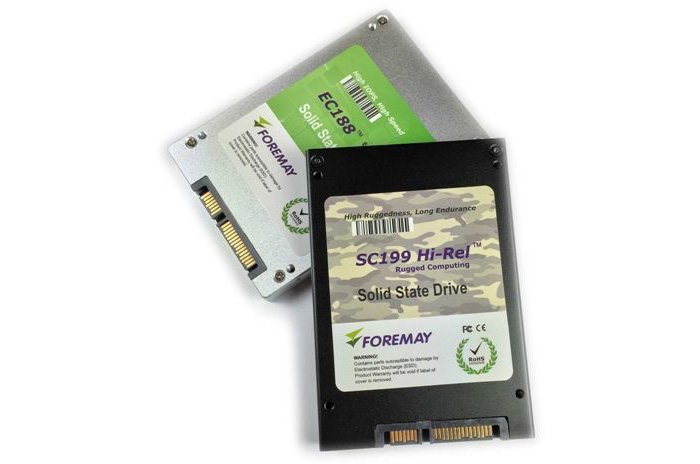 In the IT world storage capacity is never enough and this is why we constantly get more and more spacious storage devices. But what happens if you want both capacity and speed? You get one of Foremay’s new solid-state drives – it’s that simple!

Foremay has announced two new solid-state drives that feature the shocking capacities of 4 TB and 8 TB. In addition the drives feature the common 2.5-inch form factor and use the popular SATA 3.0 interface so you will be able to install one of them in your PC with no problems. The drives are also fast – they offer read/write speeds of up to 500 MB/sec and reach 100 000 IOPS of random reads and writes.

Your data will also be safe – the new Foremay drives support 256-bit AES encryption and fully meet all TCG Opal 2.0 requirements. Moreover, the new drives are offered with both enterprise operating temps and industrial operating temperatures.

“Our 4 TB and 8 TB large capacity SATA 3 drives are offered as solutions for ruggedized server and enterprise servers,” said Jack Winters, Foremay’s Chief Technology Officer. “When we asked our customers what we should do for the next step in SSDs, most replied with capacity, capacity and capacity. We believe our 4 TB and 8 TB 2.5” SATA SSDs can help system designers innovate to the next level of high density and highly reliable systems in both enterprise and industrial applications.”

The new drives will be offered as part of Foremay’s signature SC199 and EC188 families and will offer additional optional features such as hardware based encryption, military grade secure erase, one-key self destroy in emergency situations, on-board UPS for sudden power down protection, and read-only function to prevent the drive from being written and files from being altered by unauthorized access or hacking.

No word on pricing as of now but given the features and capacities, the new Foremay SSDs will not be cheap for sure.