Gemcrafter: Puzzle Journey is a game that looks like Candy Crush Saga and Words on Tour a lot. We thought at first that the game will allow you to create various gems in interesting magic and alchemic ways but as it turned out this is not the case – instead you will be collecting gems to make new ones.

We just said that Gemcrafter: Puzzle Journey looks like other similar games a lot but it also brings new things to the genre. You have numerous levels to complete and to do so you will have to match existing gems on a grid to form new ones. In addition you are given a limited number of moves to achieve the level goal and this adds some pressure. A bit later, when you finish the first few levels you will have to break ice cells like in other games of the genre to proceed so this makes the game even a bit harder.

Sounds similar, doesn’t it? Well, the new things are that you can move your gems in all ways possible – up, down, to the left and to the right – and then for as long as you need. Furthermore there is no way to remove all gems as new ones pop out all the time. It is like you are in a gem mine. In fact this is the background of the game as there is a miner that gives you advice through the levels. In addition there are numerous empty spots on the grid and this is something that is not easily seen in other games of the genre.

Apart from this there isn’t much else to say about Gemcrafter: Puzzle Journey except that the game features just 2D graphics and decent sound but when you think of it you don’t need anything else. All in all this is a nice game that brings a few new things to the genre and this is always nice – in fact the changes seem the things that made us like Gemcrafter: Puzzle Journey that much. 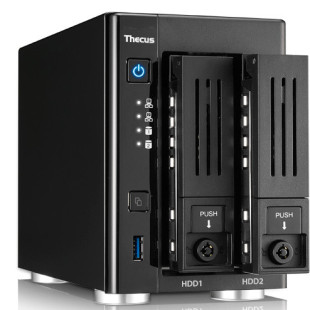 Thecus presented its N2810 NAS device back in January 2016 but despite this the company has just announced an improved version of the N2810. The new NAS device is called N2810 Plus and comes with several hardware upgrades that should ensure better performance. The new N2810 Plus comes with a...

Intel has been unchallenged on the desktop and laptop front since launching the Core architecture in 2006. The Core architecture trounced AMD at the high-end, forcing the Phenom manufacturer to fight back with aggressive value pricing. For the better part of two years, AMD has struggled to...

The upcoming Windows 8 operating system will come with new parental controls, Microsoft has confirmed. Unlike previous Windows versions Windows 8 will rely on the so-called Family Safety parental controls, which will not just set web filters and restrictions – instead the new instrument...