Highrise Word Heroes is another free Android game that says a lot about itself just in the title name. When we saw this app for the first time we thought it would be about building words and it was, but at the same time the game had a lot more to offer so read on to find out what it was.

Well, Highrise Word Heroes takes you to a future world where our civilization is wrecked by a massive earthquake that leaves our two main protagonists on top of a skyscraper that is about to fall apart. They don’t have any other choice but run and this is where you come in – you must help them escape by making words up. The words themselves destroy concrete blocks that hinder our protagonists’ movement down. So with the blocks missing they can go down to the rescue. The whole process looks very much like the tasks that you get in games like Candy Crush Saga where you have to take an ingredient all the way down to the bottom of the screen.

Highrise Word Heroes goes one step further, however. The game offers features that you cannot see anywhere else – during the third level, for example you have to provide oxygen to the protagonists to survive. In addition the game provides music that fits the grim atmosphere in a great way. Most of the remaining features resemble what you would find in such a game – you are given a number of turns and if you run out of them, you fail the level. It is the same with the “oxygen” level – if your protagonist runs out of air, he dies. It is as simple as this. In terms of graphics and sound – the app is in 2D only but this is everything that is needed; the sound, however, is great and makes you feel like you are in this desperate situation yourself.

We did like Highrise Word Heroes simply because the game adds interesting new features to the genre and things that we haven’t seen before. In fact we were nicely surprised by the game since we thought it would be a boring one but it wasn’t. We think that if you are into this genre you will like the game too simply because, like we said, it brings more new features to the table.

You can find Highrise Word Heroes here on Google Play. The app is absolutely free.

HP and Palm, Inc. today announced that they have entered into a definitive agreement under which HP will purchase Palm, a provider of smartphones powered by the Palm webOS mobile operating system, at a price of $5.70 per share of Palm common stock in cash or an enterprise value of approximately... 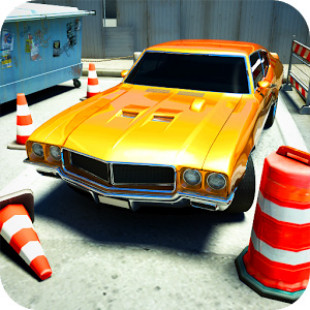 There are numerous tasks in daily life that are deemed difficult and car parking is one of them, especially if you are not a good driver. Fortunately you can practice at home by using an app called Backyard Parking 3D. The installation of the game is nothing special – the app is small-sized...

Diablo III has Cow Level too

Remember the times when Diablo II was the most popular game? Back then millions of gamers were playing the game desperately trying to find the Secret Cow Level – a place where your hero could get untold riches and unique items. That is, of course, unless he/she gets killed. The legend of...