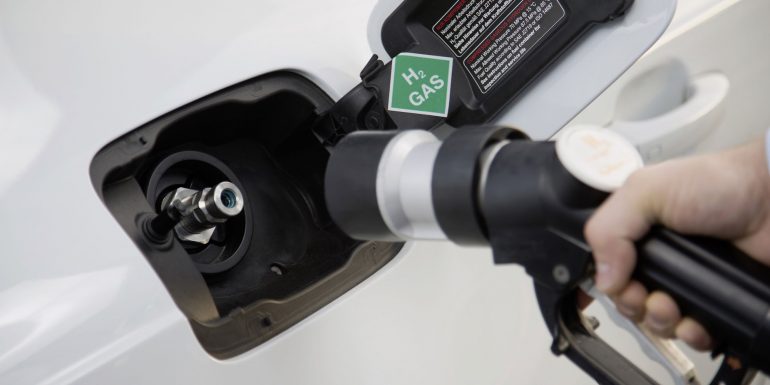 Lexus finds themselves on the fringe of really entering the world of luxury cars, while Audi, BMW, Jaguar and Mercedes continue to be the names most recognized with the term “luxury”. But something is in the works from the engineers at Lexus, and that is something that very few in their segment are capable or looking to do.

That is, they are looking to introduce hydrogen power engine for their Lexus LS. BMW right now is the only luxury brand that has made major leaps towards alternative fuel methods and practices with their vehicle designs, but they have yet to really do that with their more popular models like the 7 series.

The new Lexus LS Hydrogen Power concept is going to have one electric motor that drives the rear wheels, and electricity then sent to the front two wheels as well. The drive system is planned to provide equal torque across all four wheels to provide a balanced feel while driving.

There will be two driving modes made available; a cruising mode where the fuel cells utilize hydrogen and electricity to drive the motor and recharge the vehicles battery life, and an acceleration mode where both the battery and fuel cell power the LS main electric motor for maximum power.

So, when is the Hydrogen Powered LS planned to be released or even revealed? Well that is expected to happen sometime in 2017, likely at one of the major automotive shows nationally or internationally. Then it is planned the conventional powertrain model, as sold at Len Stoler Lexus, will be released in 2018, and the actual Hydrogen model we will see sometime the following year.