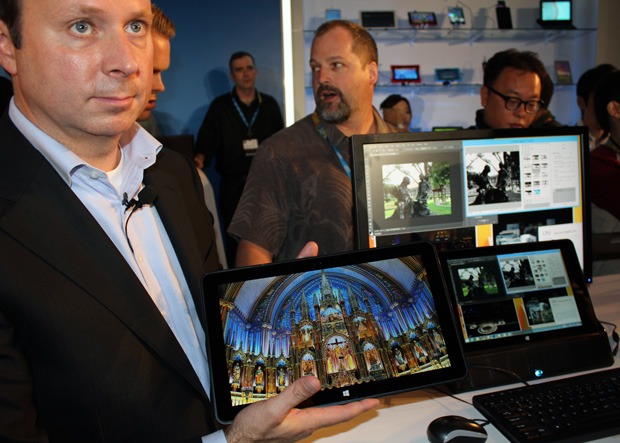 The US chip manufacturer Intel has demonstrated a hybrid ultrabook, based on a 14 nm processor called Core M with the upcoming Broadwell architecture.

The ultrabook sports a thin chassis that is just 7.2 mm thick and that weighs 670 grams. The device is small-sized as it comes with a 12.5-inch sensor display that offers users excellent visibility even when under direct sunlight. Known as Llama Mountain the ultrabook comes with passive cooling, a single USB 3.0 port, a 3.5-inch audio jack and the ability to use an external keyboard. The machine has a battery that can power it for up to 8 hours.

There are no official benchmarks of the device but the Llama Mountain ultrabook has proved itself to be capable – in the PC World the device has performed faster than a desktop PC based on an Intel Haswell processor. Unfortunately you will not be able to purchase this ultrabook ever.