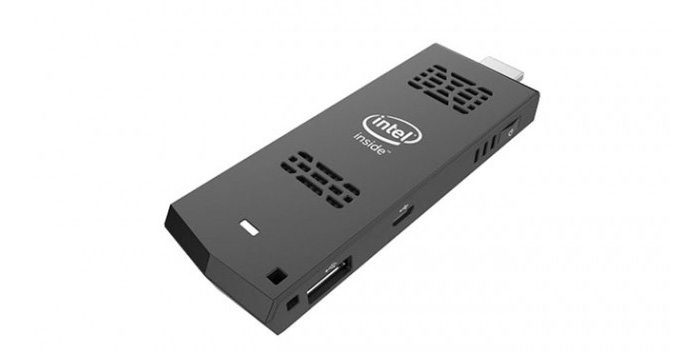 Intel’s well publicized Compute Stick is ready to launch – the device will be on the market next week.

Codenamed STCK1A8LFC, Compute Stick looks like a regular USB flash drive (and in a way it is) and measures 103.4 x 37.6 x 12.5 mm. The device has a quad-core Atom Z3735F Bay Trail processor at 1.33 GHz (1.83 GHz Turbo) and an integrated Intel HD Graphics chip. The chip is a low-power device and needs just 2 watts of power. The rest of the specs include 1 GB of RAM, 8 GB of internal memory, a microSD card slot for expansion, 802.11n Wi-Fi, Bluetooth and a micro-USB port. Finally Compute Stick has a 64-bit version of Ubuntu 14.04 LTS.

The Intel Compute Stick will plug into existing electronic devices such as TV sets and will give them the ability to make computations and perform additional tasks such as running specialized software. In a way the device will expand the capabilities of electronic gadgets that can support them.