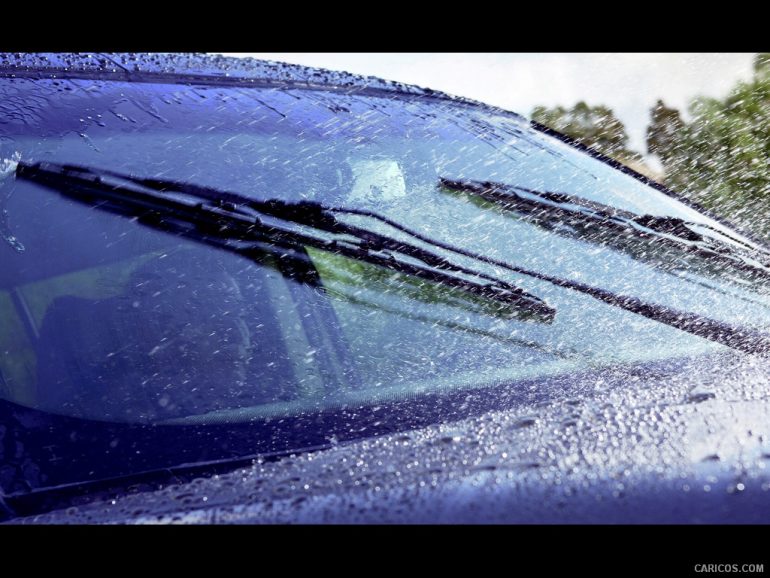 Who knew such a mundane instrument, yet absolutely necessary for driving in cruddy weather, had such a weird history?

The tale starts out a bit slow, but in 1903 Mary Anderson – a real renaissance women who dabbled in real estate developing, ranching, viticulture, and inventing – was  traveling through New York City in a trolley car. The weather outside was as awful as New York winters tend to be; sleet was falling and accumulating on every window, making it impossible to see through. Anderson thought it was strange that the only tool the motorman had in his arsenal to clear the snow off his windshield was just to keep the window open – that hardly makes for a warm and comfortable ride.

When Anderson went back home to her native Alabama, she set out to create a contraption to make motorman’s lives across the country a little bit easier. Together, she worked with a designer to create a hand operated device  which consisted simply of a lever inside the vehicle, that controlled a rubber blade on the windshield outside. The lever utilized a spring loaded arm, which forced the rubber blade to move backwards and forwards across the windshield. Anderson also affixed a counterweight to the wiper, which ensured that the blade remained in constant contact with the window.

Anderson was not the first to come up with the idea, nor is the first to physically create a device, but her design and invention widely considered to be the first effectively enacted windshield wiper. However, despite the utter usefulness of such a device, Mary Anderson was only granted a seventeen year patent for her windshield wiper, in 1903. When she tried to sell the patent and rights to the device, she was rejected by a prolific Canadian firm who refused to represent her; they told Anderson that  invention would have no commercial value on the market.

That’s history, though, and we now know how wrong the firm was.  Unfortunately, once her patent expired Anderson was not able to profit the growth and now mandatory windshield wipers. The early 1920’s was a boom for the automobile business, and as more and more people had access to vehicles, the need for a windshield wiper became obvious and Anderson’s design became a standard feature found on vehicles of the time, with Cadillac become the very first manufacturer to install them as standard equipment. And now it seems almost impossible to think of a time before the invention of a windshield wiper.