iOS vs Windows: What Sets Them Apart? 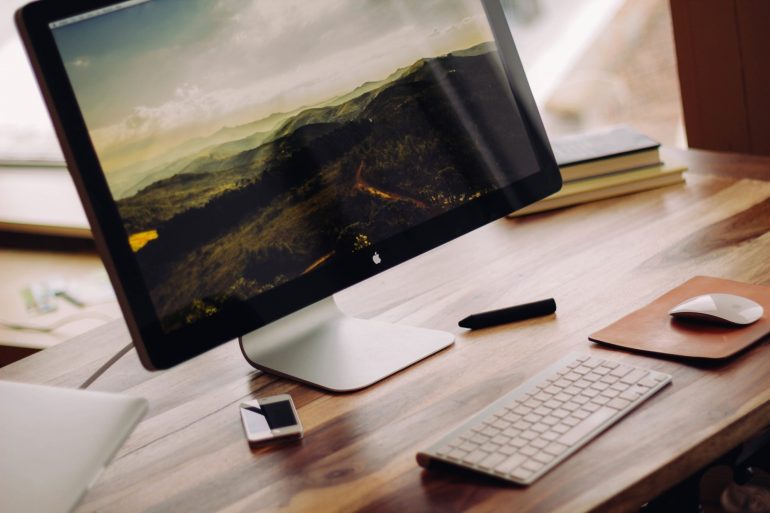 iOS vs windows: is it a thing of apples and oranges? Or are they more alike than they’re different? Here’s what sets these two operating systems apart?

Do you want to know more about the difference between Windows and Mac?

In 2017, Apple revealed that the Windows PC was more popular than the Mac. However, both computers have their pros and cons in various areas.

Below, we created an iOS vs Windows guide. It will help you better see the differences between both computers. This kind of knowledge is useful especially if you’re unsure about which computer to buy or pick.

If you noticed, the price of Apple products is at the high-end range. You can put some of them in the mid-range. However, you can buy very few Macs for under $1000 and in certain conditions.

Meanwhile, you can build a PC from scratch or buy a couple of them at $1000. That’s not even including the taxes and warranties of your computer. If you want a cheap or high-end PC, you have a wide array of choices in the market.

As we mentioned before, you often have a lot of PC models and builds to choose from. When you look at the Mac lineup, you’ll see that it only offers five computer lines. Right now, that includes the MacBook Air, the MacBook Pro, the Mac mini, the iMac, and the Mac Pro.

Each Mac computer line comes with new “varieties”. Even when you put it all together, you’ll see a list comprised of only 18 unique Apple computers. This is an embodiment of the brand’s “less is more” business marketing approach.

When you look at the PC side of things, you’ll see an endless list of the many unique things you can get or make. There are even 11 big brands that all make Windows computers. That includes Dell, Acer, Asus, Samsung, Lenovo, HP, and Sony, to name a few.

When it comes to iOS vs Windows, it’s one brand versus many. It’s 18 unique Apple computers versus many countless PCs.

Price and variety aren’t the only factors that people consider when choosing a computer. You also need to look at the operating system or OS of the computer. Check out which one offers the right functionality for you.

Ask anyone and they’ll tell you that the iOS is more intuitive while the Windows OS is full of features. Like we said earlier, the difference between Apple and Windows is that Apple follows a standard. The same is true with its design and the often-updated OS.

When you look at the design of Apple products, you’ll notice they follow a specific look. They want the designs of their products to be clean, neat, and sleek. Often, certain models of iPhones and Macs only come out in white.

Since different companies manufacture PCs, the designs of the PC are very different. Also, the Windows OS isn’t as intuitive or neat as its Apple counterpart. Its main pros lie in the many things you can do, including a wide range of customization.

When something goes wrong with your computer, you want a professional repair store to be close by. Mac users especially need to keep track of the closest Apple store. How often can you find an Apple store in your area?

Apple creates the hardware and software for its Mac computers. Thus, it’s the expert of its products when you need help with both software and hardware. If you need your Mac fixed, there’s only one best place to go.

Microsoft works on a different strategy. It is the master of its software but not the hardware. Thus, you have more choices of computer repair stores to go to if you need your hardware fixed. If the problem is with your software, you go online and get help from Microsoft.

The apps that come with your computer are essential for basic functions.

Both Apple and Windows have similar and very different features built into their computers. For example, the photo library and photo editing app for both have the name Photos. This doesn’t mean they’re using the same app, however, their functions and tools are very similar.

Another feature to note is the voice assistant for each computer. Siri is Apple’s smart voice assistant while Microsoft has Cortana. You can use your voice and Siri to type on a Mac while Cortana can remember information you ask it to.

Mac has an edge with the software it has built into the OS. More software that comes with the Mac includes iMovie, Garage Band, and Image Capture. On Windows, you have fewer and basic apps like Mail, calendar, and contacts.

However, Windows also has a few things you can’t do with as much ease on Mac. That includes opening .rar files. Click the link if you want to learn how to open rar on Mac.

Thus, you want a computer that gives you the most privacy and security. Apple’s OS gives you the privacy you need as a user. The company also protects its users’ privacy, even when the FBI wanted it to unlock an iPhone in question.

Microsoft, in contrast, has seen some issues with privacy and security. For example, Windows 10 is the most connected and cloud-focused OS by the company. However, without these features, the information collected in the OS becomes questionable.

When you’re deciding between a PC and a Mac, you want also to consider if you’re buying something worth your money. Budget and quality are two big and often warring factors here. It may be because you want a quality computer but don’t have the budget for it.

First, how do you know that a computer is of high quality? One big thing to consider is the hardware. Can your PC’s motherboard or processor keep up with the demands of your tasks?

Next, consider the lifespan of the computer. Will you buy an expensive one that can last ten years or a mid-range computer that can only live up to 2-3 years? Often, the former is what Macs have as an advantage against PCs.

You’ll often see institutions buying PCs because that’s how they can get the most computers. However, they might see a need to hire a repairman many times, which defeats the purpose of following a budget. In the end, they pay more for computers through the many repairs.

Speaking of repairs, also consider how often you’ll need to get a computer fixed. Macs excel at keeping their software updated which makes them more capable over time. Thus, you don’t need to bring them in for repairs as often as you will for a PC.

Ask someone about which computer they’re most satisfied with and you’ll likely get the Mac vote. Almost every single time, users will choose the Mac over the Windows PCs despite its high prices. This is because of how Apple takes care of its products, and thus, its customers.

Apple takes care to create and develop Mac’s hardware and software. It also does its best to serve customers after they buy a Mac with Apple Services. You’ll have to pay a high price but it’ll be worth every penny.

If you see someone who prefers the PC, it can be for very different reasons. The person may be a gamer type or one who likes to build PCs. These features that the PC holds for them give them a different kind of satisfaction.

As we’ve seen, the Mac has the edge against the PC. It has more built-in software, offers better privacy, and gives more value for the money. The only con you can get is that it is expensive.

Windows also has its pros and cons. If you like building a PC from scratch or are into gaming, you’d likely choose Windows over Mac. It’s also the best choice for those who are working with a tight budget.

Depending on what you’re looking for, you might find one or the other as the better one. In the end, it all depends on your preferences and goals.

Pick the Computer for You

The debate between Mac and PC has been long-standing. You’ll often see more people recommending the Mac. However, it also depends on what niche you approach for computer recommendations.

Have you decided between iOS vs Windows? If you enjoyed this guide and want some more, feel free to. check out our other guides now and learn more about computers.