Jungle Monkey Run – there’s a lot to say when you simply look at the name of this free Android game. For example you can say that this is a runner game that involves jumping and collecting things, while avoiding obstacles. If you say so you would be right as Jungle Monkey Run is exactly this.

The app is really small at just 3.85 MB, which surprised us a bit when we first saw it. This is not bad news, especially for people who have slow or unstable Internet connections and want to download and play this game. The small size has a price though – there simply isn’t that much information in the small game files and this is the reason why Jungle Monkey Run is a simple app. It is 2D only and the graphics aren’t that great too. We can live with low-resolution graphics, given the small-sized app but there’s more – the app interface is as simple as possible – it has only two buttons on the Home screen, which are Play and Rate and then there’s only one “world” with more to come, which makes us think that there will be future, improved versions of this game.

When you run the game, you will also see that the gameplay has been simplified. You are in charge of a monkey that has to collect golden coins. The monkey runs automatically so you better keep an eye on it or you will lose the level. You have to jump in order to collect coins and avoid obstacles and this is it. The simplicity of the game pays off here – all you have to do in order to jump is touch the screen of your Android device and this is it. There are double jumps too – just touch the display in a quick succession in order to execute one such jump.

Well, this is what Jungle Monkey Run is. It is not a bad game, it just feels unfinished. There are more polished games of the same type on Google Play and it will not be difficult for you to find one. Still, Jungle Monkey Run is not as bad as it may seem and if you want a simple game that you want to play at once, then this might be a great choice for you.

You can take a look at Jungle Monkey Run here on Google Play. 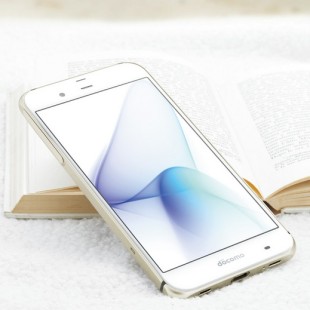 Sharp has made another attempt at becoming a famous brand name when it comes to smartphones. The Japanese company has just announced a new flagship smartphone called Aquos Zeta SH-04H. Sharp hopes that the new handset will turn the fortunes of the company, which has been losing money like crazy...

The Taiwanese maker of cooling solutions Xigmatek plans to release a new CPU cooler – the Praeton LD964s. The new company product is a cheap solution and is a low-profile product. It measures 104 x 83 x 44 mm and comes with an aluminum heat sink, four 6 mm nickel-plated...

The leading provider in wireless broadband services, Clearwire Corporation, introduced today a new device entitled the CLEAR iSpot, which presents a personal hotspot with dedicated support for the mobile devices manufactured by Apple, including the Apple iPad, Apple iPod Touch and Apple iPhone...