Well, do we need to say much more than “just look at the name of the game and you will see what it is about”? We think no, but in any case we will say a few words.

Kill Shot is exactly what the title suggests – a simple 3D shooter for Android where you have to eliminate enemies with a carefully placed bullet. The game brings a number of regions to choose from, which is nice, and then various weapons to use and upgrade when the time comes. In addition to that there are numerous missions in each region so we think that Kill Shot will nicely surprise you with its long gameplay. Here’s what the game offers – a simple briefing will tell you what you have to do (kill people to put it bluntly) and off you go. Just use your weapon and kill the bad guys when you see them – it’s that simple but make sure to aim carefully at first. When done you get money that you can later spend to upgrade your weapons.

The game is all in 3D but the problem with it is that you cannot move from the position you are in except for some distance to the left and right so this is not your classic 3D shooter. We have not seen any problems with the game so we think it is bug free. In addition to that Kill Shot is free, just so you know, so given you are in shooting games you will have fun with this one. 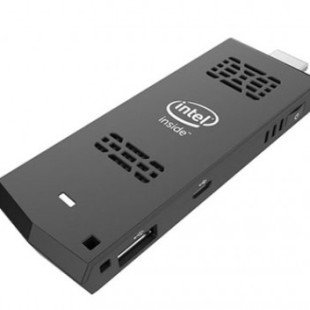 Intel’s well publicized Compute Stick is ready to launch – the device will be on the market next week. Codenamed STCK1A8LFC, Compute Stick looks like a regular USB flash drive (and in a way it is) and measures 103.4 x 37.6 x 12.5 mm. The device has a quad-core Atom Z3735F Bay Trail processor...

Sony continues to provide innovative and versatile portable storage products with the launch of the new MICROVAULT™. This cleverly designed line of ‘keyring’ USB memory offers customers a choice from 4GB all the way to a massive 32GB, and will be available from major retailers in January...

For all the gamers out there Corsair has prepared two new gaming mouse pads – the Vengeance MM200 and Vengeance MM400 with both of them delivering gaming grade surfaces and best-in-class gaming experience. “Just as performance sports cars need premium-quality tires in order to...