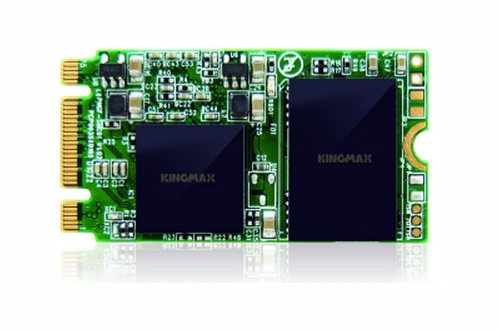 The Taiwanese memory and storage maker Kingmax has presented two new M.2 solid-state drives that carry the Kingmax 2242 and Kingmax 2280 brand names. The new drives are to be used in ultrabooks and other compact mobile computers.

The Kingmax 2242 and 2280 models are based on MLC NAND flash memory and reach 540 MB/sec of read speed and 300 MB/sec of write speed. The drives also support BCH, ECC and S.M.A.R.T. technologies.

There’s no information on the pricing of these new Kingmax models.