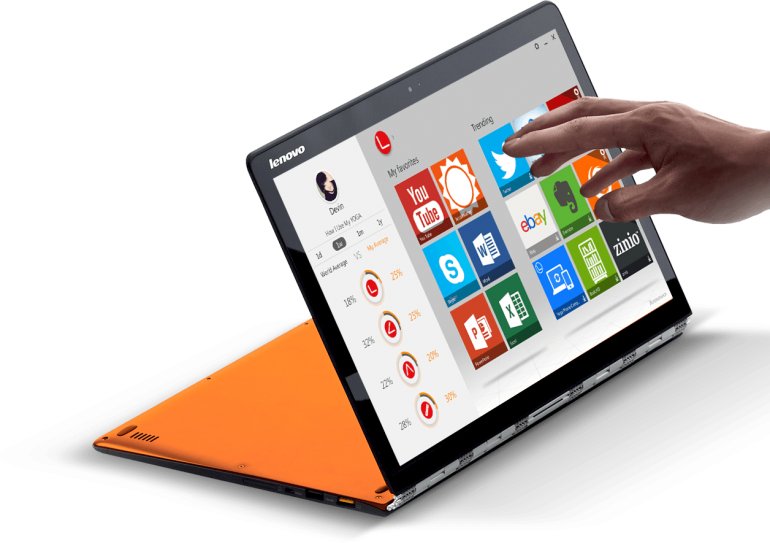 The Yoga 3 Pro measures 330 x 229 x 12.7 mm and weighs 1.19 kilograms (2.62 pounds). The device will be offered in several colors and allows the user to tilt the display for up to 360 degrees so that you can use it as a notebook or a tablet. The hardware inside is impressive – the Yoga 3 Pro is based on the newest 14 nm Intel Core M-5Y70 Broadwell processor and offers Intel HD 5300 graphics in the CPU core. The overall power consumption of the processor is just 4.5 watts. In addition to this the Yoga 3 Pro comes with a 13.3-inch QHD+ (3200 x 1800 pixels) display, up to 8 GB of RAM, up to 512 GB of SSD storage, a microSD card slot, 802.11ac Wi-Fi, Bluetooth, a front HD camera and four JBL speakers. The ultrabook can work for up to 9 hours with the battery that comes with it.