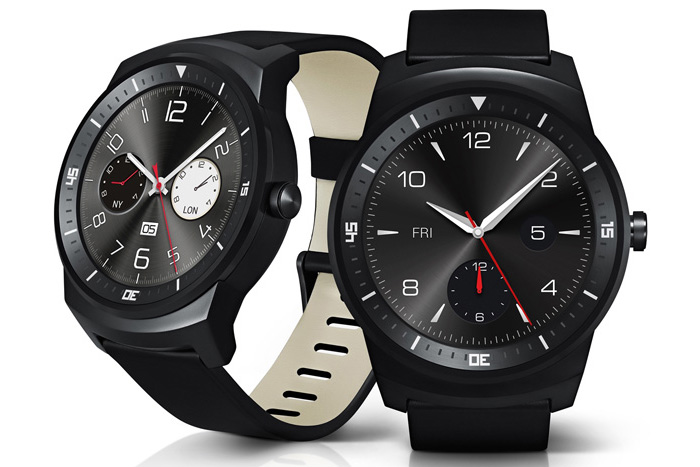 The famous Korean company LG has officially unveiled its first smartwatch called G Watch R. The company proudly calls the new product the world’s first smartwatch that comes with a P-OLED (plastic OLED) display that covers 100 per cent of the smartwatch face.

LG claims the new device offers amazing image sharpness that allows users to see the display even in strong sunlight. The display is 1.3 inches in size and works at a 320 x 320 resolution, which means that it offers 348 pixels per inch. In addition to that the G Watch R is based on a Qualcomm Snapdragon 400 SoC that runs at 1.2 GHz and has 512 MB of RAM and 4 GB of internal storage. A 410 mAh battery powers the hardware inside.

Just like many smartphones the G Watch R comes with a number of additional functions too that include a gyroscope, an accelerometer, a compass, a barometer and a sensor that follows your heartbeat. When it comes to software the G Watch R runs the Android Wear OS; in addition to that the device is compatible with all smartphones that run Android 4.3 or newer.

The G Watch R is protected by an IP67 certificate that makes the device water- and dustproof. Thus users can take the smartwatch as deep as one meter (3.3 feet) for a period of 30 minutes with no problems at all.

The new LG smartwatch will be officially presented at the upcoming IFA 2014 event next week. This is also the place where the price of the device will be unveiled as well as the official release date.